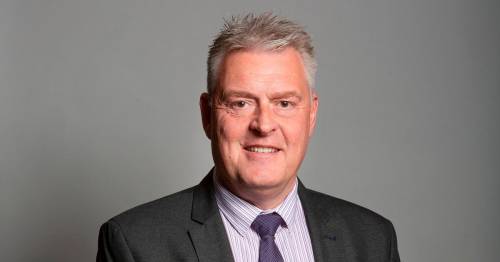 Boris Johnson is under pressure to “throw the book at” a Tory MP who made “hateful” comments about Gypsies.

A cross-party group of 23 MPs called on the Conservative Party to withdraw the whip from MP Lee Anderson.

And Labour Chair Anneliese Dodds wrote to her Tory counterpart Amanda Milling, urging the party to apologise for Mr Anderson's “disgraceful” remarks, after he claimed Travellers in his local area were not “traditional, old-fashioned Gypsies” and branded them criminals.

Mr Anderson said: "The Gypsy encampments that we are talking about in places such as Ashfield are not the traditional, old-fashioned Gypsies sat there playing the mandolin, flogging lucky heather and telling fortunes.

“The Travellers I am talking about are more likely to be seen leaving your garden shed at 3 o’clock in the morning, probably with your lawnmower and half of your tools.”

Labour MP Mary Kelly Foy, who organised the backbench letter, said: “Mr Anderson’s comments are straight out of the dark ages and it is completely inappropriate language for an MP.

"The Conservatives must take decisive action to show that anti-GRT prejudice is not ‘the last acceptable form of racism’ and withdraw the whip. And rather than continue to disgrace Parliament with his poisonous bile, Mr Anderson should resign as an MP in disgrace.”

Friends, Families and Travellers, a leading charity supporting Gypsy and Traveller communities, called on Mr Anderson to quit, saying his “extremist” comments were “fanning the flames of racial tension.”

And today Ms Dodds said: “Another week, another slew of hateful comments from a sitting Tory MP.

“As a member of the Women and Equalities Select Committee he should not describing a group of people protected under the Equality Act in such prejudiced and discriminatory ways.

“If the Conservatives are serious about taking a zero-tolerance approach to discrimination, they need to throw the book at Mr Anderson and apologise for the hurt his comments have caused.”

Mr Anderson made the remarks in a Commons committee on Tuesday, during a debate on the Policing bill, which grants expansive powers to police to force Traveller camps to move on, seize property and issue heavy fines – which critics have said are disproportionate and discriminatory.

Boris Johnson ’s deputy spokesman on Wednesday declined to say whether Mr Anderson should resign, but said the Prime Minister did not agree with his remarks.

But Mr Anderson stood by his comments, saying anyone calling for his resignation should "take a journey into the real world".

The backbench MPs letter in full:

We are writing to you regarding the behaviour of Lee Anderson MP- both as a member of the Conservative Party and as a Conservative Member of Parliament- specifically his racist and divisive remarks about the Gypsy, Roma and Traveller (GRT) communities.

At the committee of the Police, Crime, Sentencing and Courts Bill on Tuesday 8th June, Mr Anderson remarked: “the Gypsy encampments that we are talking about in places such as Ashfield are not the traditional, old-fashioned Gypsies sat there playing the mandolin, flogging lucky heather and telling fortunes. The Travellers I am talking about are more likely to be seen leaving your garden shed at 3 o’clock in the morning, probably with your lawnmower and half of your tools. That happens every single time they come to Ashfield. Does he [Bambos Charalambous] agree that there is some confusion on the Opposition side as to who these people actually are?”

This language includes disgusting racial stereotyping of a much-persecuted minority and paints entire communities as criminals. We are appalled by this language and it is made worse by Mr Anderson’s position on the Women and Equalities Committee.

When criticised for his comments, Mr Anderson defended them, stating: “Anybody who thinks it’s a good idea to have these camps in Ashfield, feel free to email me your full address, dimensions of your lawn or back yard, and I will send the next encampment to your house.”

The Conservative Party code of conduct clearly states that holders of public office should ‘not use their position to … unlawfully discriminate against others.’, with discrimination defined as ‘victimising… because of race (including colour, ethnic or national origin…)’ .

Mr Anderson has previously been criticised for sexist comments and his views on those in social housing. His most recent comments clearly violate the Conservative Party’s code of conduct and his actions are once again not befitting of a Member of Parliament.

Gypsies, Roma and Travellers are some of the most persecuted communities in the UK and Mr Anderson’s repulsive comments risk legitimising and encouraging this prejudice.

Strong and decisive action on this issue will show how seriously the Conservative Party takes anti-GRT racism.

We look forward to your response detailing what action will be taken on this matter.

Previous : All the things G7 leaders don’t want you to know about their summit – Fleet Street Fox
Next : Mexico industry output suffers setback in April despite record rebound