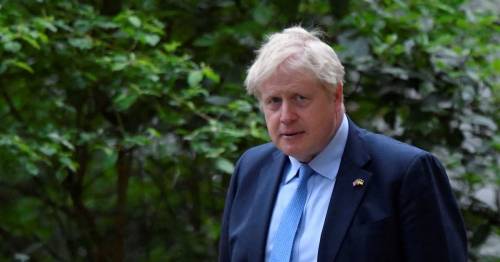 Boris Johnson is to visit Belfast this week to bang Sinn Fein and DUP heads together.

The PM is promising to deliver a “tough message” to get the Stormont executive up and running after Sinn Fein triumphed in elections last weekend.

The unionists say they will not join a power sharing arrangement which would allow Sinn Fein’s Michelle O’Neill to become First minister until the protocol with the EU is scrapped.

Mr Johnson is desperately trying to renegotiate the Brexit deal which keeps the country tied to EU rules to ensure the border with the Republic stays open.

He will tell political leaders they must get back to work to tackle “bread and butter issues” such as the cost of living crisis, Covid backlogs and crime.

But he will say that unless the EU backs down “there will be a necessity to act” which could mean overriding parts of the protocol.

And he will make clear that does not mean getting rid of it as there will always have to be a treaty governing Northern Ireland’s relationship with the EU.

He will add that a reformed protocol must be the UK and EU’s “shared objective”.