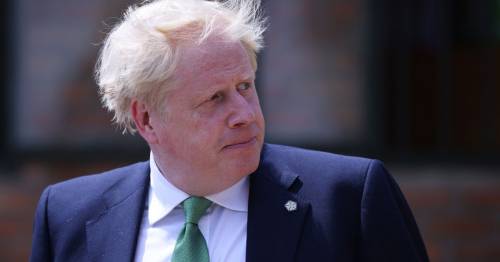 Boris Johnson has declared there is “no point” in having an uneconomic railway in Britain – but says he won't try to crush the unions like Thatcher.

The Iron Lady was said to have branded unions the "enemy within", and tasked officials in the 1980s to "erode trade union membership".

Asked if he'd "crush" the unions like the ex-PM in the face of a general strike, Boris Johnson told reporters on a trip to Rwanda: “I don't believe in… I wouldn't endorse such language.”

But he dug in his heels over plans to give 5million public sector workers a real-terms pay cut – to avoid prices spiralling as a result.

He said they will be “getting a pay rise”, despite making clear that will be below inflation of 9.1% – a real-terms cut.

And he claimed train drivers “get about £59,000” on average “so they’re currently not badly paid”.

That is despite the fact-checking website Full Fact saying drivers are not involved in the RMT strike, and the median salary for rail sector workers excluding train and tram drivers in 2021 was £36,800.

Mr Johnson said: “We’ve got a problem now which is ridership is well down, it’s down about 25%. We’ve got to make the railways run economically for the very benefit of the railway workers themselves and their families.

“There’s no point having a railway system in this country that’s so uneconomic that you keep having to put ticket prices up and you have to drive more and more people off the railways.

“You can’t go on with practices like walking time, with ticket offices that sell very few tickets. You need to modernise.”
Mr Johnson dodged saying whether he was fearful of a general strike – which many have dubbed the Summer of Discontent.

He added: “We're going to continue to support the public services.

“Don't forget this is a government that is spending huge, huge quantities on public services. We're supporting people as best we can through an inflationary time.