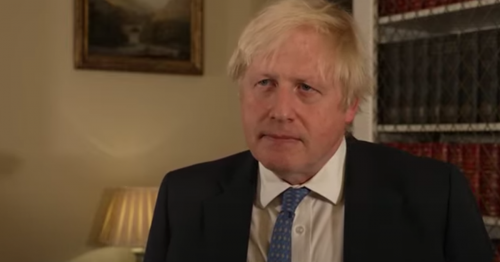 Boris Johnson tonight said he will 'accelerate' a borders crackdown after dozens of migrants drowned trying to cross the English Channel.

Mr Johnson chaired a COBRA meeting after at least 27 people died when their dinghy capsized while trying to cross from France to the UK.

Mr Johnson told reporters: "I’m shocked and appalled and deeply saddened by the loss of life at sea in the Channel.

"The details are still coming in but more than 20 people have lost their lives, as you know.

"My thoughts and sympathies are first of all with the victims and their families. It’s an appalling thing that they have suffered.

"But I also want to say this disaster underscores how dangerous it is to cross the Channel in this way.

"And it also shows how vital it is that we now step up our efforts to break the business model of the gangsters who are sending people to sea in this way.

"But we also use every power that we can, leave no stone unturned to demolish the business proposition of the human traffickers and the gangsters."

Boris Johnson speaking after a meeting of COBRA

Mr Johnson said criminal gangs are “literally getting away with murder” and insisted the mass drowning was not a sign that his own plans were not working.

He added he "of course" had full confidence in Home Secretary Priti Patel.

Critics have slammed the Nationality and Borders Bill, with the group Freedom From Torture saying it represents "the biggest legal assault on international refugee law ever seen in the UK".

They are concerned it will create a two-tier asylum system where refugees from war and violence are denied sanctuary simply because they arrived on a small boat.

Lib Dem Home Affairs Spokesperson Alistair Carmichael said: "People are dying in the Channel because of the Government's total failure to get a grip on this crisis.

"Priti Patel must stop her pointless posturing and take action to stop these dangerous crossings, by providing safe and legal routes to sanctuary for refugees."

Shadow home secretary Nick Thomas-Symonds told the BBC: "It really now has to act as the most tragic of wake-up calls to redouble our efforts to make sure that people are not out on the water in these terrible makeshift boats risking their lives.

"It is unrealistic to think that the entirety of that coastline can be patrolled. We need to be looking at practical law enforcement action away from the coast as well.

"We need that wider joint law enforcement work with the French authorities to be disrupting further away from the coast. In addition to that we do need to look at safe and legal routes."

Home Secretary Priti Patel said the deaths of 30 people after a boat capsized in the Channel were the "starkest possible reminder" of the dangers of the crossing.

She tweeted: "My thoughts are with the families of all of those who have tragically lost their lives in French waters today.

"It serves as the starkest possible reminder of the dangers of these Channel crossings organised by ruthless criminal gangs.

"It is why this Government's New Plan for Immigration will overhaul our broken asylum system and address many of the long-standing pull factors encouraging migrants to make the perilous journey from France to the United Kingdom."