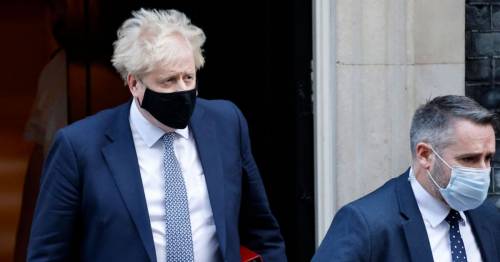 Boris Johnson is planning to lift his plan B restrictions to slow the spread of Covid later this month in England despite government scientists advising against stopping them prematurely, it is reported.

The government brought in several new measures last month as Omicron surged in the UK with people needing to have Covid passports or negative lateral flow tests to go into some indoor events, wear masks and work from home where possible.

Now the passports and work from home guidance are widely expected inside Whitehall to be lifted from January 26 for England but some rules will remain on face masks, reported The Telegraph.

It is believed that the government could make an announcement on removing the measures next week.

At the same time the government published minutes from a meeting of the Scientific Advisory Group for Emergencies (SAGE) on January 7 that said the epidemic had the potential to continue to grow nationally.

The group also warned that if there were a reversal of current interventions like plan B in England, before the peak in infection was passed it could lead to increase in overall impact of the wave on hospitalisations.

Johnson said last week that England could withstand a surge in COVID-19 infections without shutting down the economy, resisting imposing stringent lockdown measures.

Case numbers have continued to decline after a festive peak, but death rates seem set on rising as the data paints a mixed picture during the Omicron wave.

While the SAGE meeting pushed for caution at the meeting last week it also revealed that there is a more than one third reduction in the risk of going into hospital with the Omicron compared to the Delta mutation.

Minutes from a Sage meeting said: “One analysis from Imperial suggests a reduction in risk of hospitalisation of 35-65% for Omicron when compared to Delta in the current wave, depending on the endpoint used."

But an NHS leader said this week it is "wishful thinking" to believe the Omicron threat is over.

Matthew Taylor, chief executive of the NHS Confederation, said the country is "far from out of the woods" as he called for "honesty" and "realism".