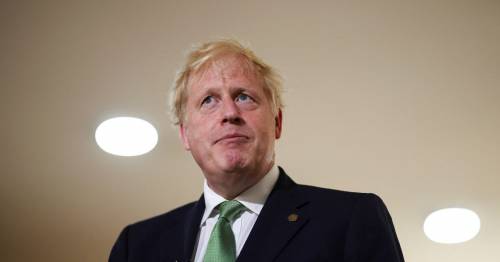 Tory MPs in Conservative heartlands are set to demand Boris Johnson pays the party’s strongholds more attention in the aftermath of a crunch by-election.

The Prime Minister will wake up 4,000 miles from home to two election results that could decide his premiership.

Mr Johnson will give a speech at the opening ceremony of the Commonwealth Heads of Government Meeting in Rwanda – alongside dignitaries from 54 nations and Prince Charles – followed by a press conference.

But hours before he takes to the stage, results were due from ballots in Wakefield, West Yorks, and Tiverton and Honiton, Devon.

The Mirror understands worried MPs in southern shires will pile pressure on the PM not to focus too much on the Red Wall at the expense of traditional strongholds.

Boris Johnson during a visit to GS Kacyiru II school in Kigali, Rwanda, during the Commonwealth heads of government meeting.
(

There is a mounting unease among some Conservatives that Mr Johnson has neglected the party’s loyal supporters as he seeks to woo recent converts in the North and Midlands who propelled the Tories to an 80-seat majority at the December 2019 general election.

Lib Dem pressure in the South West and Home Counties has spooked some Tory MPs who fear being ousted at the next general election.

The Lib Dems have seized two Conservative strongholds in the past year – overturning a 16,223 Tory majority to win the Chesham and Amersham by-election by 8,028 votes last June, and then winning the North Shropshire by-election, where the Tories held a 22,949 majority, by 5,925 votes in December.

A Conservative in a traditional shire seat told the Mirror: “I think the Red Wall is probably finding out that it isn’t quite the focus from a Northern Powerhouse perspective that it was promised in the 2019 election.

“But it still leaves the South West and rural Tory heartlands in the shadows.

“With Chesham and Amersham falling by the wayside and then North Shropshire, I’m afraid Boris is going to learn the lesson that you can't ignore your home turf.”

Earlier this month, four in 10 Tory MPs tried to force out Mr Johnson, with the PM surviving a confidence vote of Conservative MPs by 211 votes to 148.

Under current rules, he is safe from another internal confidence ballot until June 2023.

But plotters have discussed shortening the stay of execution until December.

The PM refused to say if he would back a rule change, dismissing "Westminster issues".

The by-elections are the first test of public opinion since the confidence vote.

The Wakefield ballot was triggered by the resignation of Tory Imran Ahmed Khan, who quit as an MP after being convicted of groping a teenage boy. He is appealing against his conviction.

Previous : BA made low-paid staff take 10% pay cut – and ‘reinstated it only for managers’
Next : UK has given Rwanda entire £120m for asylum plan – and it’s already being spent