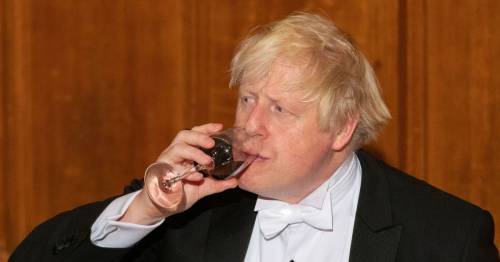 Boris Johnson faces a fresh parliamentary showdown over social care reforms which are expected to hit the poorest pensioners hardest.

Tory peers will try to force the Government into a climbdown over changes to the new system, which narrowly passed the Commons on Monday after a significant Conservative revolt.

The Prime Minister avoided defeat on his new cap on care costs amid anger over the Government's attempt to sneak out a major change to make the policy less generous.

In a fresh headache for the PM, former Tory Health Secretary Lord Lansley and Baroness Altmann, an ex-pensions minister, are plotting a bid to amend the legislation when it heads to the Lords for scrutiny.

Lord Lansley said the original plans suggested by Andrew Dilnot, who was tasked with reforming the sector 10 years ago, would have meant "nobody would be at risk of losing more than about 45 per cent of their total assets".

He told the Telegraph: "That is something that I really rather regret that the Government has moved away from. If there is a mechanism by which we can require the Commons to think again, we will do so."

Baroness Altmann said: "People are being rushed into it. It's half baked and not very well thought through."

She warned that peers can "always try to address it in the Lords", adding: "We need a policy that will improve social care and make the system work more fairly across the country.

"At the moment, this does not seem to me to fit that bill."

A Labour source in the Lords said the Government would come under mounting pressure to climb down on its plans – or risk a Lords defeat.

The source told the Mirror: "There's nothing definite but clearly something is going to have to give here, either in the shape of a Government concession or what feels more likely is a major Government defeat here with the help of Tory peers."

Crossbench peer Baroness Finlay warned there was "a lot of disquiet" among peers.

"I think when this comes to the House of Lords, we will need to scrutinise this very, very carefully," the palliative medicine professor told the Today programme.

"It may be that we will say to the Commons, 'can you think again?', it may be that we come up with constructive amendments to improve what is on the table at the moment because, clearly, there's a lot of disquiet."

Senior Tories were ordered to rush back from a ritzy dinner with millionaire donors to cast their votes on Monday night.

Mr Johnson was accused of watering down his commitment to cap the amount people can spend on the cost of their care at £86,000.

Instead, the cap will only cover the amount people personally pay – so poorer pensioners who get state help will take longer to reach the limit.

Homeowners with less expensive property – such as in parts of the North – are expected to be hit with higher costs.