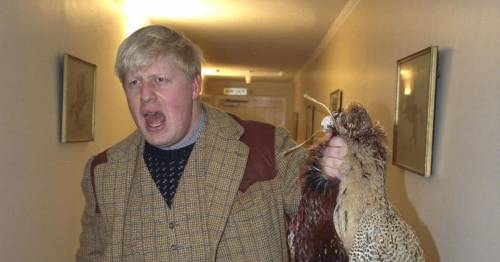 The ex-top aide said the Prime Minister was personally involved in the decision to exempt the bloodsport from the ‘rule of six’.

Ministers wrote an “outdoor activity” clause in September 2020 which meant people could hunt and shoot in groups of more than six.

When people protested at the time, Boris Johnson accused Labour of “carping from the sidelines” about “issues that are tangential”.

And the PM’s spokesman brushed off complaints, saying the exemption “ranges from things such as children’s football matches to a range of other team games”.

But Mr Cummings today said the PM was personally involved in excluding grouse shoots – telling him “we gotta exempt grouse shooting or the mps will go crackers”.

Dominic Cummings said he got a Sunday phone call
(

The ex-aide – who left in a storm of infighting before launching multiple attacks on his former boss – tweeted: “i was driving on a sunday, switch, pm wants conference call, u & covid taskforce…

“argh getting loads of incoming on grouse shooting, argh chief says it's bad we're gonna have to fold on this one yeah i know it sounds crazy…

“me (punching steering wheel) no no no no NOOOOOOO.”

Mr Cummings could have been referring to the No10 Chief of Staff or more likely the Chief Whip, who speaks regularly to Tory MPs.

HuffPost UK reported a meeting was arranged and then cancelled about a specific exemption for shooting the day before Mr Cummings said the call took place.

Mr Cummings repeated his claims that the Prime Minister wished he’d never imposed the first lockdown – like the mayor who kept beaches open in the movie Jaws.

And he repeated his claim that Mr Johnson compared Covid to swine flu.

He tweeted: “by June he was full – i shd never have listened to you. i shd have been the mayor of jaws. i shd have ignored the whole thing.”

In a Twitter exchange with lawyer Adam Wagner, who has analysed Covid rules, he also claimed he saw “loads” of examples of private lobbying leading to lockdown rule changes, “mainly tory mps, carrie, or the telegraph”.

Using his ‘trolley’ nickname for Boris Johnson, he wrote: “the [trolley emoji] often smashed around half a dozen times by lunch if chris evans ('the real boss') screamed about collapse of advertising.”

Chris Evans is the editor of the Daily Telegraph and Carrie is the PM’s wife.

Mr Cummings said: “Also of course the newspapers negotiated direct bungs to themselves with him, no officials on calls, then he told officials to send the £ — dressed up as 'covid relief' etc.”

Downing Street has been contacted for comment. Mr Cummings did not provide evidence for his claims.

Previous : ‘Much-loved’ mum, 40, dies days after heart surgery she had waited two years for
Next : Top Tory risks fury in own party by saying unsuitable MPs were elected in 2017 and 2019