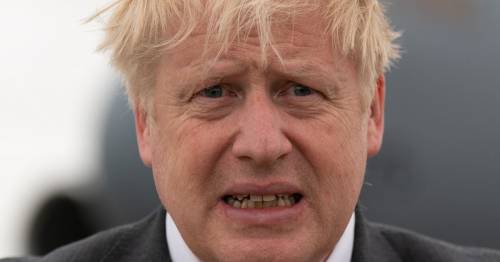 A victory for Boris Johnson at the next election would be a "disaster" and speed up the break up of the UK, a former Tory chairman has said.

The Conservative peer, who was a Cabinet Minister under Margaret Thatcher, said another win at the polls for Mr Johnson would be destructive for the party and for the union.

He mounted an outspoken attack on the "seediness and mendacity" of the Government and said Culture Secretary Nadine Dorries' attacks on the BBC "make even old-fashioned Tories like me want to throw up".

Speaking to LBC, Lord Patten said he was still a member of the Conservative party but added: "I'm not sure there is one at the moment.

"There are still some people I think, are Conservatives, but I don't think it's a Conservative government. I think it's an English nationalist government and as I’ve said in the past, it's unfortunately both populist and unpopular, which is a terrible combination."

Lord Patten said the Tories were an "English Nationalist Government"
(

He went on: "It's really sad that the Conservative Party is split between Brexit right-wing Conservatives and others – that every move is determined, as far as the Prime Minister is concerned, by whether it's appealing to his right wing to keep him in office.

"That’s part of the reason for I think the general sense of seediness and mendacity about the Government."

The Tory peer claimed Mr Johnson would "hasten the break up of the union", fuelling the drive for Scottish independence with his unpopularity north of the border.

Lord Patten, a former Governor of Hong Kong, accused the Government of "playing fast and loose" with peace in Northern Ireland due to its Brexit battles with the EU.

"Because I don't think we have a Conservative government at the moment. I think, as I've said, we have a English Nationalist government with all the consequences – and one that you can't trust."

It comes after Mr Johnson survived a no confidence vote in his leadership earlier this month, which leaves him immune from challenge for 12 months – unless Tory backbench chiefs change the rules.