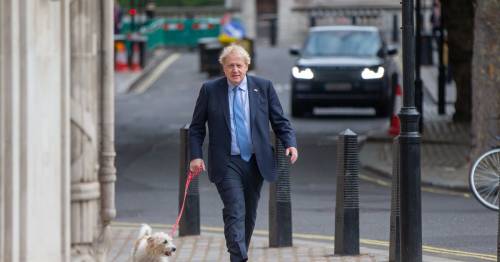 Boris Johnson has dumped his promise to tackle animal cruelty in the Queen's Speech, it has been reported.

The Prime Minister had pledged to ban imports of foie gras and fur.

But both are said to have been dropped from the Animals Abroad Bill ahead of the speech, after the PM caved to complaining Tory ministers.

It's already illegal to produce foie gras and farm fur in the UK.

But the UK imports around 200 tonnes of the pate a year, mainly from France and Spain where it is made by force-feeding geese and ducks until their liver grows to several times its normal size.

Campaigners – including a recent intervention by After Life starts Ricky Gervais and Peter Egan – have long called for a ban on products coming from overseas.

In February, Gervais and Egan wrote to the Government, branding foie gras a "cruel and unnecessary product".

The Hollywood star has urged Boris Johnson not to “betray the animals”.

Kim, 68, called on the Prime Minister not to ditch the proposed ban on fur imports.

She said: “Please, Boris, listen to the British people. Please ensure the Animal Abroad Bill is in the Queen’s Speech next week.

“Be the voice of the majority of your people. Stop the cruelty and suffering in the name of vanity and greed.

“The UK has to stop buying from Finland, China and the US to stop the bloodbath. It is so antiquated. Until we stop exchanging blood between countries, the suffering won’t stop.”

The Batman star also urged the Prime Minister to consider how he would feel if his dog, Dilyn, was confined to a cage.

Last month, it was revealed that Mr Johnson had backed the use of real black bear fur to make ceremonial hats worn by the Queen's Guard.

A government spokesperson told the BBC no final decision had been made on imports.

They said the government was "united in its commitment to upholding its world-leading standards in animal welfare".