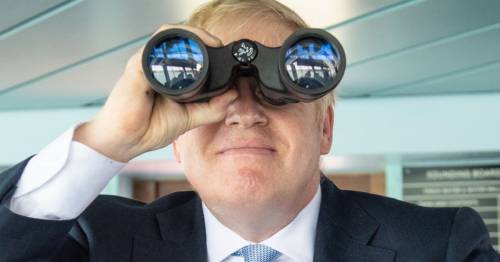 Boris Johnson has abandoned plans for a bridge or tunnel connecting Northern Ireland with Scotland after a review recommended "no further work" on the scheme.

The Prime Minister had asked Network Rail chairman Sir Peter Hendy to launch a feasibility study as part of a wider investigation into upgrading connectivity across the Union.

But the review, expected this week, has concluded the PM's long-held dream for a 21-mile crossing would be too technically challenging and – at an estimated £20bn cost – too expensive.

As recently as September, Mr Johnson told reporters that the plans remained "an ambition" but were "not the most immediate" transport priority on his list.

A Government source told The Telegraph: “Hendy has examined if this is affordable and practical and he concludes it would be technically very challenging at the moment.

“That’s not to say it won't become viable at some point in the future, but at the moment it would be very, very difficult and expensive.”

However, one source close to the review told the Mirror that Mr Hendy would recommend "doing no further work" at all on the scheme.

The review is understood to have first ruled out a bridge with the proposed route across the Irish Sea more than 1,000ft deep in places.

The area was also used as an offshore ammunition dump in the Second World War, while strong gales raised the prospect the bridge would frequently be forced to close.

Plans for an underwater rail link were then deemed too complicated, as trains can only travel on gentle gradients, and prohibitively expensive in the medium term.

Sir Peter’s recommendations for boosting connections across the Union are now expected to focus on road and rail links to Wales and to Scotland instead.