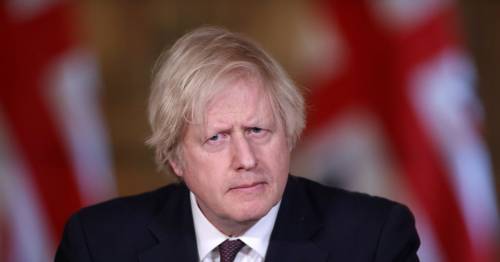 Lockdown may only be 'partially lifted' with a new 'mix and match approach' to ending restrictions, it has been reported.

The next and final phase of the end of lockdown restrictions had been touted to come into force from June 21.

Amid a surge in Covid cases and fears over variants of the disease Boris Johnson has said it was still too early to say if England's lockdown could end in just under two weeks time.

The PM warned the vaccine rollout may not be enough to go ahead with unlocking.

Meanwhile, the number of coronavirus cases in the UK has risen by 74 per cent since the same time last week, with another 7,540 infections recorded.

Wednesday's increase was the highest daily jump since the end of February, when 8,523 cases were reported on February 26. 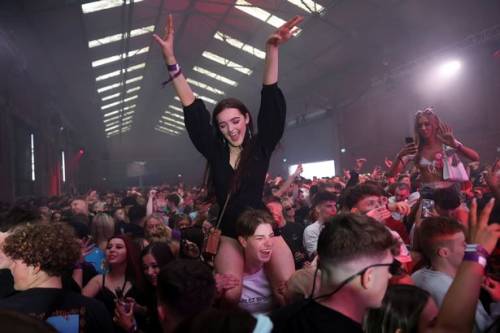 According to the Financial Times a 'senior government official' now claims that fears over the new variant meant that a 'mix and match approach is probably on the cards.'

A cabinet minister reportedly told the publication that officials are 'trying to find a solution that pleases the PM's instincts' to ease restrictions and re-open the country.

They said it would be 'easy' to allow large numbers for weddings with modified regulations but that nightclubs were unlikely to re-open for a while.

Another senior government source was reported to have said that a hybrid approach was under consideration but would be complicated to implement.

They said: "What would you choose? Deciding the public health benefits would be difficult."

Elsewhere, The Times reports that the cap on wedding guests could be lifted whatever the decision on step 4 might be.

The publication reports that the Prime Minister, who married Carrie Symonds last month, is 'understood to be determined to relax curbs on weddings and receptions this month.'

Guests would not be required to sit at socially distanced tables, but would still be advised to be “cautious” about contact with other households, the paper writes.

It comes after the number of Covid cases in the UK saw a surge in numbers by 74 per cent, the highest daily jump since the end of February.

Another six deaths were recorded on Wednesday, government data shows, a decrease from the previous week.

The UK's daily case numbers had then rose by 4,330 – rising by more than one-third compared to the same day the previous week, when 3,180 cases were reported.

Boris Johnson said it was too early to say if England's lockdown could end on June 21.

The Prime Minister is expected to announce on Monday if England's Step 4 of the easing of restrictions can go ahead or not.

Previous : Keystone XL is dead, and Albertans are on the hook for $1.3B
Next : Myanmar authorities open new corruption cases against Suu Kyi