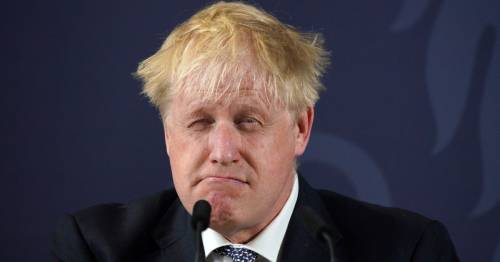 Downing Street has refused to commit to appointing a new ethics advisor after Lord Geidt quit with an explosive attack on Boris Johnson.

No10 said the independent adviser on ministerial interests may not immediately be replaced – and hinted that the role could be scrapped altogether.

Lord Geidt dramatically resigned on Wednesday after the Prime Minister forced him into an "odious" position by asking him to consider a plan that deliberately breached the ministerial code.

He is the second ethics chief to resign on Mr Johnson's watch. His predecessor Sir Alex Allan quit in November 2020 when the PM chose to stand by Priti Patel after Sir Alex found she had bullied staff.

The PM's official spokesman said the function of the role was "vitally important".

He said: "The PM is committed to making sure that ministers, including the PM are held to account for maintaining high standards of behaviour, behaving in a way that upholds the high standards of propriety as the public would expect.

"But he [Lord Geidt] acknowledges in his response that these were difficult circumstances in which the PM was acting."

Asked if Lord Geidt would be replaced, the spokesman said: "We haven't made a final decision on how best to carry out that function, whether it relates to a specific individual or not.

"He will carefully consider that before setting out the next steps."

The dispute between Lord Geidt and Mr Johnson appears to centre on tariffs on steel.

In his reply to Lord Geidt's resignation letter, the PM said his intention was to seek "advice on the national interest in protecting a crucial industry".

He said the unspecified industry "is protected in other European countries and would suffer material harm if we do not continue to apply such tariffs".

The PM's spokesman would not specify what critical national industry this was due to "commercial sensitivity".

He suggested there was no plan to wait for a new adviser to be in place to go ahead with the controversial plan Lord Geidt quit over, saying: "I don't believe that's the intention."

"This Prime Minister has, in his own adviser's words, made a mockery of the Ministerial Code. He has now followed both his predecessor and the anti-corruption tsar out of the door in disgust.

"There are now no ethics left in this Downing Street regime propped up in office by a Conservative Party mired in sleaze and totally unable to tackle the cost of living crisis facing the British people.

"The Government must not only appoint a new watchdog but back Labour ’s plan to restore standards. This Prime Minister has debased standards and rigged the rules for far too long. It is time for the Conservatives to do the right thing and remove him from office.”

Previous : Mum’s kidnap horror as she and baby held alongside dead bodies by Russians – World News
Next : Inside the steel row that was the last straw for Boris Johnson’s ethics advisor