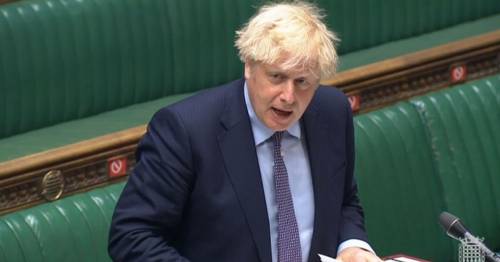 Boris Johnson claimed his cut-price school catch up plan includes the ‘biggest programme of tuition’ in the world – despite fury over spending a fraction of the cash made available in other countries.

And he defended wealthy parents who are able to pay for private tuition for their children to catch up “because of their parents’ hard work”.

Keir Starmer blasted the Prime Minister as being ‘on the wrong side’ with the £1.4 billion tuition plan – a tenth of the money recommended by Sir Kevan Collins, his own school recovery advisor.

Sir Kevan resigned last week, warning the PM that his skinflint plan would put hundreds of thousands of children at risk.

Mr Starmer accused the PM of having "rolled over" and accepted the Treasury's refusal to stump up extra funding to help pupils. 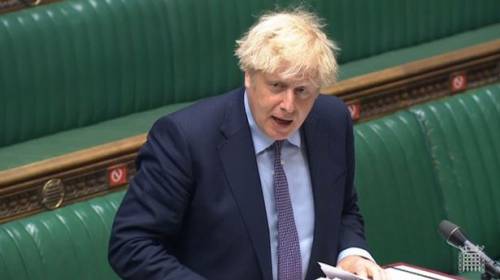 The PM was accused of being on "the wrong side"
(Image: PA)

At Prime Minister’s Questions, he told the Commons: "In February the Prime Minister appoints an expert to come up with a catch-up plan for education.

"He's a highly respected expert, consults widely and comes up with a plan.

"The Treasury baulks at it and says we'll only provide 10%, yes one tenth, of what's needed. The Prime Minister rolls over, whatever he says, and children lose out. So much for levelling up.

"Let me help the Prime Minister with the numbers. The funding he announced last week is about £50 per child per year, and even if you add in previous announcements, in England it's only £310 per child over four years. 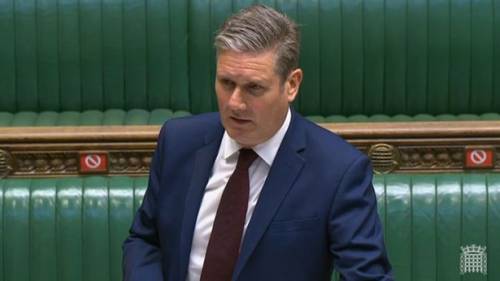 Mr Johnson said Mr Starmer "needs to do some catch-up on his own mathematics" – before immediately getting the value of his plan wrong by a factor of ten.

He told MPs: "In addition to the £14 billion I've already referred to, there's already another £1.5 billion of catch-up – this is a £3 billion catch-up plan just for starters.

"It includes the biggest programme of tuition – of one-to-one, one-to-two, one-to-three tutorials – anywhere in the world."

Mr Johnson said it was aimed at helping children who do not receive private tuition at the moment.

"I have to say I admire the way they managed to keep it secret."

Mr Starmer called on the Prime Minister to back Labour's motion on education due to go to a vote on Wednesday afternoon.

The opposition chief said: "If the Government doesn't change course this will hold Britain back for a generation, and here's the difference between us and them, because when Labour says education is our number one priority we mean it.

"That's why we've published a bold £15 billion plan to catch up on education for every child.

"We're putting that to a vote this afternoon – if the Prime Minister is really serious about this, he'd back that motion. Will he do so?"

Responding, Prime Minister Boris Johnson said: "We put in the tough measures that are needed to give kids a better education across the country.

"Will he now say that he not only supports our tuition programme, but he supports our radical programme to support teachers with better training.

"£400 million we're now putting in – not only a starting salary for teachers of £30,000 has been introduced but another £400 million to support better training for teachers – that's what we're backing in our party."

He went on: “How can he be on the side of the other kids? Come off it.

"The Prime Minister's been all over the place when it comes to education and he's on the wrong side of it again."

Turning to the G7 summit, Sir Keir said the "UK needs to lead, not just to host", adding: "The Prime Minister has made big promises on this, but he needs a truly global effort to make it happen, so will the Prime Minister take the lead at the G7 and do whatever is necessary to make global vaccinations a reality?"

Mr Johnson replied: "We were able to ensure that one in three of the 1.5 billion doses that have been distributed around the world are the Oxford-AstraZeneca vaccine – that is global Britain in action, to say nothing of the billion vaccines that we hope to raise from the G7 this week."