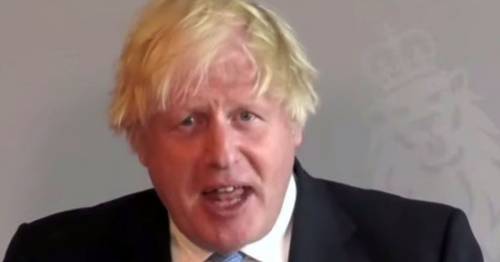 Boris Johnson has claimed his confusing new array of Covid rules are 'blindingly obvious to everybody' in a chaotic clash at PMQs.

The Prime Minister insisted the rules were "common sense" – moments after he proclaimed another change that doesn't appear to have been confirmed by government.

Mr Johnson had claimed "we will be switching to a system based on contact testing rather than contact isolation".

Yet no contact testing scheme has been set up beyond a pilot, and it's understood to be months away. Self-isolation for double-jabbed Covid contacts will be axed in England from August 16. But this is different from daily contact testing, where anyone could take rapid tests instead of staying at home.

The PM faced questions over the new array of recommendations to replace laws on face masks that existed in England until Monday.

He then defended his surprise decision to force vaccine passports in nightclubs and other crowded venues from September – announced 17 hours after clubs opened, with no detail on what venues are included or how it'll work. 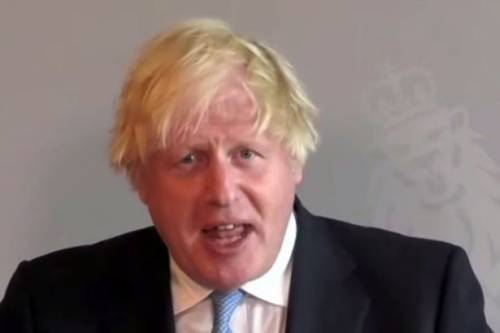 “Everybody can see we have to wait until the end of September by which time it’s only fair to the younger generation, they will all have been offered two jabs, before we consider something like asking people to be double jabbed before they go into a nightclub," he claimed.

“That’s blindingly obvious to everybody, it’s common sense, and I think most people in this country understand it!”

But Keir Starmer said: "When it comes to creating confusion, the Prime Minister is a super-spreader.

"Why is it OK to go to a nightclub for the next six weeks without proof of a vaccine or test, and then from September it will only be OK to get into a nightclub if you've got a vaccine ID card?"

The PM's line to self-isolation at Chequers repeatedly failed in a stormy final Prime Minister's Questions before MPs' summer break.

Mr Johnson accused Keir Starmer of trying to "oppose for the sake of it" and score "cheap political points".

But Labour's leader snapped back: "The PM keeps asking me if I will support his chaos. No!" 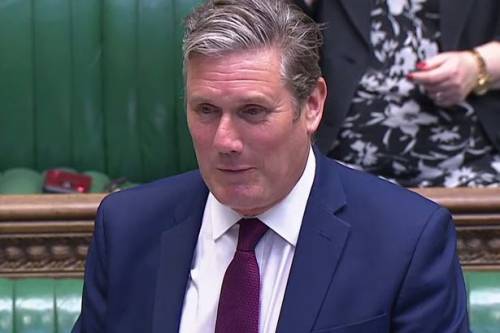 Labour's leader snapped back: "The PM keeps asking me if I will support his chaos. No!"

Mr Starmer pointed to the PM's own 158-minute U-turn on whether to isolate himself after contact with Covid.

"The British people are trying to follow the rules, how can they when his ministers keep making them up as they go along?" he said.

Mr Johnson urged Brits to keep isolating until the rules change for double-vaccinated people on August 16.

After removing almost all other tools against the virus on 'Freedom Day', he said: “I understand people’s frustrations – but this is one of the few real tools we have in our armoury against the virus.”

Meanwhile the Prime Minister appeared to admit bombshell texts revealed by his ex-aide Dominic Cummings were indeed written by him.

The texts to aides said: “I must say I have been slightly rocked by some of the data on covid fatalities.

“So get COVID and live longer.

"Hardly anyone under 60 goes into hospital (4 per cent) and of those virtually all survive. And I no longer buy all this nhs overwhelmed stuff. Folks I think we may need to recalibrate.”

Sheepish Mr Johnson today claimed things had "changed" since he apparently was willing to leave thousands of over-80s to die. 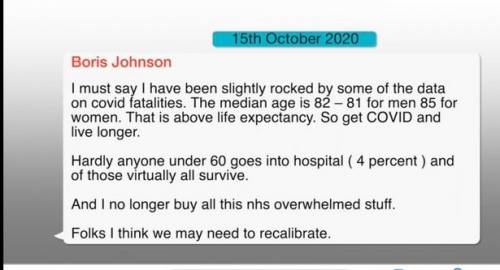 'Get COVID and live longer', said the alleged text

He told Mr Starmer: "These are incredibly tough balancing decisions you have to take.

"You have to balance the catastrophe of the disease against the suffering that is caused by lockdowns. the impacts on mental health, the loss of life chances for young people.

"What has changed since the, er, since I.. I… we were thinking in those ways is of course we have rolled out vaccines faster than any other country in Europe."

Mr Starmer said "what he can’t do is say sorry" and "nobody believes a word the PM says any more."

He had asked: "Over 83,000 people aged 80 or over lost their lives to their virus – everyone leaving behind a grieving family and loved ones.

"So will the PM now apologise for using those words?"

In his answer, Mr Johnson failed to apologise. Instead he said: "Nothing I can say from dispatch box or this virtual dispatch box, nothing I can do can make up for the loss and suffering people have endured throughout this pandemic.

"There will of course be a public inquiry into what has happened."

Mr Starmer said: "He promised he had a plan for social care but he’s ducked it for two years.

"He promised not to raise tax – now he’s planning a jobs tax.

"He promised he wouldn’t cut the army or the aid budget – he’s cut both.

"And he also promised Monday would be Freedom Day, he said 18 times it would be irreversible. But the truth is he’s let a new variant into the country, he’s let cases soar and he’s left us with one of the highest death tolls in Europe."