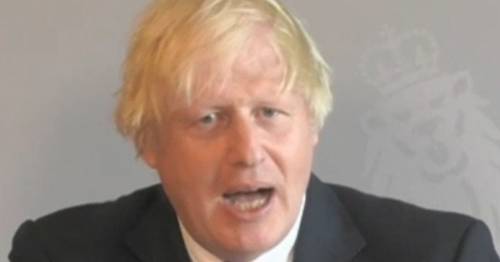 The pingdemic has already caused massive disruption to schooling.

Now other parts of Britain are feeling the consequences too – shops having to close early and supplies running low in supermarkets.

Factories, postal services, fuel supplies and bin collections have also been hit by the large number of staff having to self-isolate.

The Prime Minister appears to have been completely blindsided by this development.

But it was obvious to most of us that easing restrictions would lead to more cases and therefore more people having to quarantine.

Do you agree? Join the discussion in the comment section

The fear now is that the situation will get worse as ministers continue to dither.

Companies and other employers have been given no clarity on which of their workforce may be exempt from the rules.

Instead of drawing up a list of key workers who could avoid self-isolation, this disorganised government has said exemptions will be considered on a case-by-case basis.

Unless the Government gets a grip we are facing, as Labour leader Sir Keir Starmer predicted today, a summer of chaos.

Boris Johnson won the general election with the promise to get Brexit done.

Like so many of the Prime Minister’s pledges, this has turned out to be a fallacy.

The Brexit Secretary, Lord Frost, yesterday announced he wants to rip up the Northern Ireland protocol agreed with the EU.

He appears finally to have realised that the agreement does the one thing the PM claimed it would not: impose checks on goods between Britain and Northern Ireland.

Far from getting Brexit done, we are heading for yet another bruising row with Brussels.

A knitted version of the Queen’s Sandringham home has royal approval.

Her Majesty was so tickled with 92-year-old Margaret Seaman’s creation, it has been put on display in the Norfolk residence.

Apparently, it had the monarch in stitches.