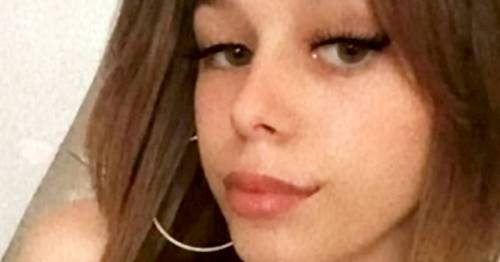 Bobbi-Anne McLeod: Missing teenager ‘may have been abducted and killed by strangers’

Detectives probing the death of a teenager are understood to be working on the theory she was abducted by strangers and have not ruled out others being involved.

Bobbi-Anne McLeod went missing on Saturday, and police have sealed off a beach seven miles from where she disappeared.

Investigators are believed to also be trying to establish what the motive for the murder may have been, with a sexual motive being a significant line of inquiry.

Bobbi-Anne, 18, left her home in the Leigham area of Plymouth at about 6pm on Saturday evening. The teenager had been due to catch a bus into the city centre to meet friends – but never arrived – prompting her boyfriend to raise the alarm.

Police found the body near Bovisand, south of Plymouth, after receiving information.

While formal identification is yet to take place, Ms McLeod's family have been informed. Two men aged 24 and 26, from Plymouth, remain in police custody.

Local man Stuart Fullard, 54, said he believes he may have been one of the last people to see Bobbi-Anne alive.

He told The Mirror: “I was driving past the bus stop about Saturday tea time and I saw a young girl sat there, beside two older people either side of her, I wouldn't have thought anything of it but I thought she was dressed very distinctively in cut jeans and fishnet tights.

“I actually thought she looked so young and did not realise she was 18.

“She did not look like she had a care in the world when I saw her.”

The bus stop where she was last seen, and some of her belongings were found, is about eight miles from the beach where a body was later discovered.

Throughout the day family and friends gathered to pay tribute to Bobbi-Anne.

Amanda Issacs, 34, a close family friend and neighbour, said: "The family are so upset they just need some time to grieve. But I can say she was such a lovely little girl and what happened to her has affected the whole of Plymouth.

“Nothing can really help after something so tragic but if I can do any little thing I will. It is every parent's worst nightmare.

“When we were searching, we still had hope and you don't think the worst is going to happen. But sadly, this is beyond our worst fears.

“We heard when the police came to the door. It is so hard for the children as well. It is so difficult to take it all in. The whole neighbourhood will never be the same again."

Later on in the day Bobbi-Anne's brother Lee was among those to lay flowers at the bus stop as a growing floral shrine continued to grow although he declined to add to his earlier tribute.

But among the fresh tributes left where also one by her cousin, which read: "Sadly you have gained your wings and been taken too soon. Your forever in our hearts.

“Wouldn't have anyone better by my side or to say was family no matter. You'll always be that bundle of joy, I'll call my cousin. I love you so much. You were my rock."

One woman who was laying flowers but asked to remain anonymous, said: "It's just so surreal, it's unbelievable. Plymouth is shocking at the minute.

"I just feel numb. She didn't deserve this. She was just too young, too soon.

"My daughter grew up around here and knew her all her life. They grew up together.

Another Anonymous woman with her daughter and son added: "I think all parents feel the same. It's just disgusting.

"My daughter is only 18 and so she went to school with Bobbi.

"I don't think there's been an absence of policing but it's definitely not there is it.

"It's just not as visible as it used to be when I was growing up anyway".

Assistant chief constable of Operations, Nikki Leaper, said: "We are aware of the significant level of interest in the ongoing murder investigation being run by our major crime team and I wanted to provide you with the latest information in relation to this.

"The two men who were arrested on suspicion of murder remain in police custody at this time.

"We do not anticipate this to change throughout today as enquiries continue at a pace.

"Yesterday afternoon officers located the body of a woman in the Bovisand area of the South Hams after information received by police led to enquiries being carried out in the area.

"Formal identification hasn't been carried out but the family of 18-year-old Bobbi-Anne Mcleod were informed of the development and they continue to be supported by specialist officers.

"Officers on the ground have been and are continuing to be supported by specialist resources whilst extensive searches and forensic examination of a number of scenes is carried out.

"These searches are expected to continue into the coming days and the public can expect to see an increased visible police presence during that time. We apologise for any disruption these searches may cause to our communities.”

Previous : Cuba says 1,255 migrants returned to Havana in 2021
Next : Town ‘hits panic stations’ for every flood warning – but won’t be getting defences