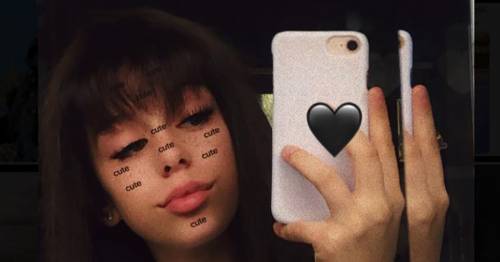 Bobbi-Anne McLeod: Brother of missing teen, 18, says ‘someone has my sister’

The desperate brother of a missing teenager believes someone has snatched his sister.

Bobbi-Anne McLeod was last seen on Saturday around 6pm after leaving her home in Leigham, Plymouth, to go meet friends in the city centre.

Headphones and a pouch of tobacco believed to belong to the 18-year-old have been found at a bus stop – which has been sealed off by investigators.

It's also understood Bobbi-Anne's mobile phone has been handed in.

Brother Lee McLeod took to Facebook to appeal to people to come forward with any information.

"Police have rung and someone has handed in Bobbi's mobile," he said.

Lee McLeod believes someone has abducted his sister

"Someone has my f***ing sister.

In an earlier post he said: "My sister's phone has been tracked by police, however due to the phone being off, they’ve managed to know she’s still in the Plymouth area but don’t know her actual location.

"Please, please people – you hear anything, see anything, tell me."

He said the family believe Bobbi-Ann "never even got on the bus" as her ticket wasn't used.

"Has anyone seen Bobbi Mcleod? Please get hold of me asap," he added.

"By the signs of it, it does look like she has been taken from a bus stop because she was due to get on this bus and she never got on it," she said.

"Her headphones and baccy were found at the bus stop and there's just no trace. It has been sealed off and forensics are there today. Her phone has been handed in [to police] too.

The 34-year-old, who lives next door to Bobbi-Anne's family, said the teen is "not one to just disappear, it's very odd".

"She's a very in girl, she is very family orientated, she's got a boyfriend – he's ever so nice – and a few friends. She's just a lovely girl and this is so out of character for her."

Police on their hands and knees search near Millwood Drive
(

Amanda added that Bobbi-Anne is "very tiny and very slim" and looks several years younger than she is.

Investigators from Devon and Cornwall Police have been seen in the Millwood Drive area of the city, including at multiple bus stops, as the search enters its third day.

Some photos show officers on their hands and knees scouring the ground.

The group is being used to coordinate and share information about which search areas have been checked and includes pleas for volunteers to scour parts of Plymouth that are yet to be searched.

The teen's family fear she has been abducted
(

The admin wrote: "Did anyone see anything? Did you see anyone? Hear anything? Anything at all. Even the littlest info could help. There is so many dog walkers around here and cars passing someone must have seen something.

One local said: "This page is about coming together and being positive and hopefully, spreading things to find Bobbi. The family are going through enough so if you think you have information pls pls go to the police."

Another friend added: "It's heart-breaking to see this but I'm so so glad they are doing everything they can, praying and sending love."

Another added: "This is so awful for all her friends and family. Shocking that someone can go missing in broad daylight.

"It's a heavily wooded area too so the police have quite a job on. I wish everyone the very best of luck and hope it turns out to be a misunderstanding or something innocent."

In a statement released on Monday, Detective Inspector Matt Lawrence said: “Bobbi-Anne McLeod was last seen leaving her home in Leigham at around 6 pm on Saturday 20 November.

“We believe she was due to get a bus from Sheepstor Road into the city centre to meet some friends, but she didn’t show up.

“Bobbi-Anne is 18-years-old, 4ft 11ins tall and of slight build. She has brown hair, green eyes with straight shoulder-length hair and ear piercings.

"She was believed to be wearing grey Nike jumper, black ripped jeans and fishnet tights, and light Nike trainers.

“Bobbi-Anne may be reading this appeal, if you are then please get in touch; You are not in trouble, we just need to know that you are safe and well.”

Anyone who has seen Bobbi-Anne or who may have any information is encouraged to contact the police on 101 quoting log number 879 for Saturday 20 November.

Previous : Buckingham Palace could be your new office as The Queen is seeking letter writer
Next : London SPAC party starts on more sober note