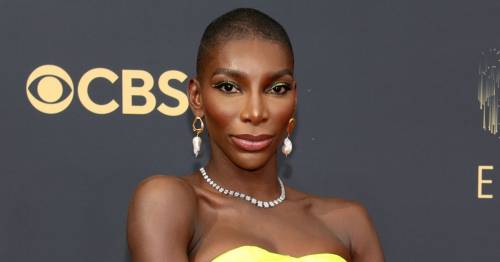 The Powerlist 2022 – the annual list of the UK’s most powerful people of African, African Caribbean and African American heritage – honours standout men and women across business, science, technology and the arts.

Launched in 2007 to showcase black role models to young people, it is now regarded as the leading authority on issues of black influence.

Jacky, chief digital officer and corporate vice president at Microsoft US, was given the top spot by a panel of judges, led by retired High Court judge Dame Linda Dobbs.

Which of these Powerlistees do you find most impressive? Join the discussion in the comment section

Michael Eboda, CEO of Powerful Media, which published The Powerlist 2022, said Jacky was a “shining example of professional excellence”.

The Powerlist Black Excellence Awards will be held in London tonight, Here’s the top 10…

(And keep scrolling for the full Powerlist 2022, the extensive annual list of the UK's most influential black people, across multiple sectors.)

A global and transformational digital leader, Jacky is a passionate advocate for women and people from minority ethnic backgrounds.

From Tottenham, North London, she has spent much of her career in the US.

She sits on several high powered boards in the UK.

Jacky said: “I am proud to be in the company of these great leaders of African and African Caribbean heritage.

"Each of us has a responsibility to ensure that we not only showcase role models, we need to make shifts to create a more equitable society.”

As well as playing for Manchester United and England, Marcus, 23, has used his huge platform to push for social change.

He played a crucial role in the Government’s decision last year to provide free school meals to children through the summer holidays.

Hero Marcus in action for England
(

The sports star, who himself received free school meals as a youngster, was awarded an MBE last year for his services to children through the pandemic.

He also received an honorary doctorate from the University of Manchester last week.

Before taking up her role at Netflix, Anne, who grew up in South London, worked in senior positions at Sky UK and the BBC.

She has commissioned huge shows including Wallander which stars Kenneth Branagh and Sky / HBO Golden Globe and BAFTA-winning drama Chernobyl.

Anne, who studied at Exeter University as well as UCLA in Los Angeles, California, also sits on the Board of ScreenSkills, a UK charity dedicated to training in the TV and film sector.

His breakthrough movie moment came in 2017 with horror film Get Out.

Londoner Daniel Kaluuya is one of Hollywood's biggest rising stars
(

The 32-year-old also starred in blockbuster Black Panther and won an Oscar earlier this year for Best Supporting Actor in the drama Judas and the Black Messiah.

Since the pandemic began, Prof Kevin Fenton, who was born in Scotland in 1966 and grew up in Jamaica, has been at the heart of London’s public health response to Covid-19.

Taking on the job in April 2020 he has been tireless in investigating its devastating impact on black, Asian and minority ethnic communities.

He was director of the US National Center for HIV/AIDS.

The company went on to be a phenomenal success, and Steven, who was born in Botswana, left his role as CEO last year.

Steven Bartlett has the power of a dragon
(

The entrepreneur, 29, is the youngest ever Dragon to join the BBC show.

She studied English at university before graduating from the Guildhall School of Music and Drama in 2021.

Michaela Coel has won a string of awards
(

As well as success on stage, the actress, screenwriter, director and producer penned and starred in E4’s Chewing Gum before her rape-recovery drama I May Destroy You on the BBC, which she wrote and starred in, became one of the standout TV series of 2020, winning a string of awards including BAFTAS and an Emmy.

Earlier this month Lord Woolley, who grew up in Leicester, became the first black man to be elected as head of an Oxbridge college.

The cross-party peer, who received a knighthood for his services to race equality, is co-founder of Operation Black Vote, which aims to inspire BME communities to engage with our public institutions to address inequalities.

One of the UK’s top financial experts, Richard Iferenta joined the board of business campaign group London First earlier this year.

He will work with leaders in the city to help London bounce back in a post-pandemic, post-Brexit world.

You can bank on financial expert Richard Iferenta
(

He is a major advocate for mentoring and coaching young black people and set up the Black Leaders Network.

Jacqueline has spent much of her career championing the rights of the Windrush generation.

Jacqui Mckenzie stands up for the rights of victims
(

In December 2020, she gave evidence to the Parliamentary Home Affairs Committee, saying it was “shameful” that victims were waiting so long for compensation.

The full 2022 Powerlistees (not ranked)

John Odada Green (New) Head of Board and Board Committees, BP

Amma Asante, MBE Writer, Director, and Chancellor at Norwich University of the Arts

I. Stephanie Boyce Deputy Vice-President of the Law Society of England and Wales

Professor of Security, Leadership and Development at King's College London