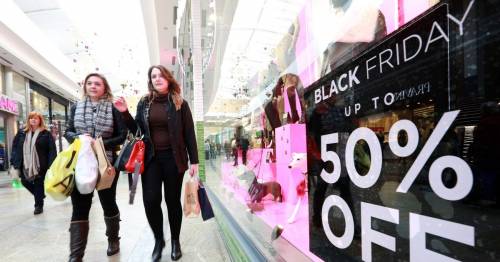 Black Friday can seem like the perfect opportunity for a great new deal.

Be it TV's to sporting equipment, or discounts on coffee machines and games consoles, the weekend of sales leads many to believe they are destined to make a huge saving.

But recent investigations have shown that a large amount of 'sales' were actually the same price or cheaper some time before this coming weekend.

An investigation by consumer watchdog Which? revealed that nine out of 10 products that are part of Black Friday deals were the same price or cheaper in the six months before the event.

To really get the best Black Friday and Cyber Monday discount, you need to look at comparing the best prices.

So how can you find the best Black Friday deal?

What are the best price comparison sites?

Here are the best ways you can find the Black Friday deals you need.

There are plenty of apps you can use to compare the best prices, like ShopSavvy. This app allows people to scan the bar code of a product on the app, and they are then told what the best prices for them are.

Other discount apps include:

The page, which you can view here, said: "We only show genuine deals on good products in the Black Friday sales to help you save money on TVs, AirPods, laptops, Miele washing machines and more."

As Which? have placed an emphasis on not just comparing current deals, as plenty of other sites do, they compare the prices from months ago, so they seem the best place to go for deals.

The article has the best deals on the following items:

There are a whole range of tech deals for Black Friday
(

For anyone looking to improve their night's sleep, mattresses by Emma the Original are 50% off. Its previous price was £699, but are now listed as £349.50.

If you choose to stick with a lumpy mattress and need to wake up in the morning with an injection of caffeine, then the Bosch Tassimo Style TAS1102GB is down from £49 to £29.

There are plenty of other products you can look at, but one of the items most associated with Black Friday sales are TVs.

A huge range of other deals are also out there.