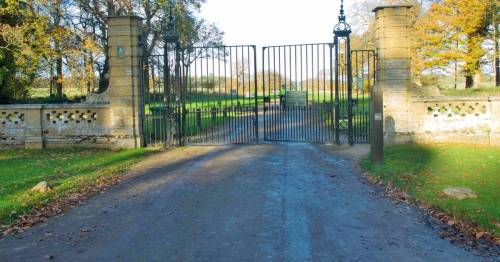 A bird flu outbreak has been confirmed on an aristocrat's estate in an area where millions of turkeys are being raised for Christmas dinner.

The disease is carried by migrating birds and has been found in a small flock of pet birds including chickens and turkeys on the Holkham Estate in Norfolk.

The small flock on the Holkham Estate is being culled to prevent the spread of the disease.

Temporary control zones have been set to restrict the movements of the birds in surrounding areas.

This is the third outbreak of the H5N1 strain of avian flu in the region recorded by the Department for Environment Food and Rural Affairs in recent days.

On November 11, the highly-contagious virus was found at an animal sanctuary at Kirby Cross, Essex.

It was then found again 12 miles away at "premises" in North Fambridge near Maldon.

The latest outbreak was invited yesterday evening after several birds suddenly died at a rented house in the 3,000 across of parkland that surrounding Holkham Hall.

The 18th century Palladian mansion is home to Thomas Coke, the 8th Earl of Leicester, and his family.

Norfolk is the country's turkey-producing area with dozens of farms and suppliers.

One includes Bernard Matthews, which produces turkeys to get ready for Christmas dinner tables.

A spokesperson at Holkham said: "A case of bird flu has been identified at a residential address on the Holkham estate in a very small domesticated flock of housed foul.

"A 3km temporary control zone is now in place and the situation is being monitored carefully."

Defra said further testing was underway to confirm the pathogenicity of the virus strain at Holkham to try and establish how infectious it is.

A spokesperson for the department added: "A number of birds have already died on the premises, all remaining birds will be humanely culled to limit the risk of onward transmission."

An Avian Influenza Prevention Zone (AIPZ) has been in place across the UK since November 3 with all bird keepers – whether large commercial farms or back-yard hobbyists – having to follow strict biosecurity measures to help protect their flocks.

However, outbreaks have been recorded in Cumbria, Warwickshire, Cheshire and North Yorkshire as well as Essex.

Previous, outbreaks of the disease had led to the culls of thousands of turkeys and ducks in East Anglia last November.

UK food and health agencies advise that the risk to public health from the virus is very low and that avian influenzas pose a very low food safety risk for consumers.

Health officials still insist that properly cooked poultry and poultry products, such as eggs, are safe to eat.

The temporary control zones around Holkham restricts all unlicensed movements of poultry and requires flocks to be kept indoors or isolated with no contact with other birds.

Lesser restrictions apply to birds kept with 10km of the infected flock.