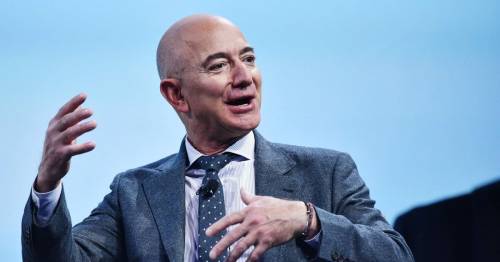 Papers claiming to show the amount of tax paid by US billionaires including Jeff Bezos and Elon Musk have allegedly been leaked to a news website.

ProPublica claims it has seen the tax returns of some of the world's richest people – and says the data shows some paid no tax at all through legal loopholes.

The website alleges Amazon founder Jeff Bezos paid no tax in 2007 and 2011, while Tesla boss Elon Musk supposedly paid nothing in 2018.

The website goes on to claim that billionaire investor and Berkshire Hathaway CEO Mr Buffett reported $125million of income and paid just $24million in taxes – despite his wealth growing by $24billion between 2014 and 2018.

The allegations made on ProPublica haven’t been verified and a White House spokesperson has since called the leak “illegal”. 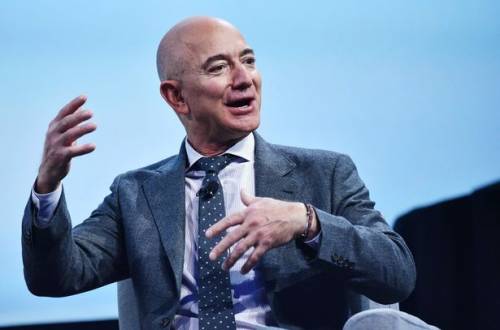 Jeff Bezos is the billionaire founder of Amazon
(Image: AFP via Getty Images)

The FBI and tax authorities are also said to be investigating.

Jesse Eisinger, senior reporter and editor at ProPublica, told the Today Programme: "Ultra-wealthy people can sidestep the system in an entirely legal way.

"They have enormous ability to find deductions, find credits and exploit loopholes in the system.”

He said: "They also take aggressive tax deductions, often because they have borrowed to fund their lifestyle."

The website said that by "using perfectly legal tax strategies, many of the uber-rich are able to shrink their federal tax bills to nothing or close to it".

This can involve borrowing against their wealth, according to ProPublica, instead of taking income or selling assets, both of which involve paying taxes.

The super rich are also able to reduce their income tax bills through charitable donations.

ProPublica, which claims the richest 25 Americans pay less in tax than most US workers, didn't go into specific examples of how each billionaire reduced their tax bill.

Using data collected by Forbes magazine, the website reports that the wealth of the 25 richest Americans collectively jumped by $401bn from 2014 to 2018.

But in comparison, they paid $13.6bn in income tax over those years, ProPublica alleges, according to Internal Revenue Service data it says to have seen.

However, ProPublica concluded: "While some wealthy Americans, such as hedge fund managers, would pay more taxes under the current Biden administration proposals, the vast majority of the top 25 would see little change."

The Mirror has contacted offices for Amazon, Tesla and Berkshire Hathaway for comment.

According to ProPublica, Mr Musk responded to its request for comment with a single question mark.

Representatives for Mr Bezos, meanwhile, were said to have “declined to receive detailed questions about the matter”.

Following the paper, President Joe Biden has faced calls to introduce a wealth tax from senators including Elizabeth Warren and Bernie Sanders.

Ms Warren tweeted: "Our tax system is rigged for billionaires who don't make their fortunes through income, like working families do.

"The evidence is abundantly clear: it is time for a #WealthTax in America to make the ultra-rich finally pay their fair share."

Previous : Child Trust Funds worth £9bn forgotten by parents – how to track hidden savings down
Next : Canada could take in some Central American migrants to help U.S. – minister