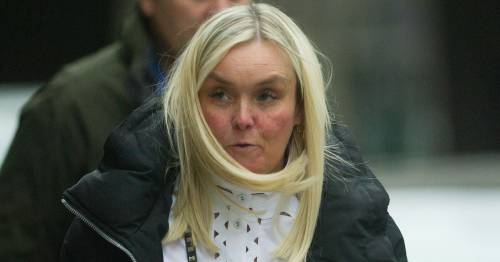 A mother who went on five star holidays to Cyprus after scrounging almost £100,000 in welfare handouts has been freed after a judge said her four children would "suffer" if she went to prison.

Investigators acting on anonymous tip off later discovered she had been living all along with long-time partner Joseph Perry as man and wife.

Inquiries showed Finney, Mr Perry and her children had a string of holidays at luxury resorts on the Mediterranean island during the period of the scam. The total loss to the taxpayer was £97,028.24.

At Manchester Crown Court, Finney, from Eccles near Salford, faced up to three years jail after she admitted giving false information to the Department of Work and Pensions and Salford City Council between April 2014 and July 2019.

Claire Fiinney, a mother who went on five star holidays to Cyprus after scrounging almost £100,000 in welfare handouts
(

But she was given 12 months jail suspended for two years after saying her children all aged under 18 were "very vulnerable." She is paying back the money at just £11.77 a month meaning it would take her 686 YEARS to refund all the stolen money.

Inquiries revealed she had a previous benefit fraud conviction from 2011. It was not disclosed whether she and Mr Perry are still together.

Sentencing Judge Nicholas Dean QC told her: "You will know there is sometimes a stigma associated towards people who claim benefits, that is in large measure because of people like you.

"You give those people who legitimately claim benefits a bad name as they are tarred with the same brush as you as they wrongly are seen as benefit cheats.

"In fact 99.9% of people who claims such benefits are no such thing – but the public may think many more people commit fraud because of people like you.

"This type of offending becomes impossible to stop once it starts. Although you had many opportunities to stop it, doing so would require to report that you have been guilty of previous offending. It snowballs and continues until you are inevitably discovered.

"The person who reported you was correct to do so as for a long time you subsisted on public funds that you were not entitled to.

"You are paying back what you owe but the reality is you will never be able to pay back the near £100,000 you were overpaid.

"However there are a number of factors that make it appropriate to suspend this sentence and they are primarily your own personal frailties and the effect that sending you to prison would have on your own children.

"They are all quite young, two are particularly vulnerable. You would be in prison and they would be deprived of your care, they would suffer but whereas you really wouldn't. Sending you immediately to prison is going to be immensely problematic for your children."

The judge agreed that the children could not be publicly identified in reports – but allowed the fact Finney had four youngsters to be reported and said she should be named and shamed.

He added: "There is a strong public interest in their being publicity about benefit fraud and the fact she has children and that the fact is an important factor into why the sentence has been suspended can be reported.

"There is public interest in cases of this type and it does require her name to publicised. You will understand cases like this do attract publicity. In some ways that is part and parcel of the punishment that you are named and shamed – you must expect that I am afraid."

The court heard Finney made fraudulent claims from addresses first at Swindon Park Road, Salford and then from Chelmer Way, Eccles.

Miss Eleanor Gleeson prosecuting said: "Throughout the period in question, the defendant claimed to be living in those properties alone whilst supporting 4 children, without employment.

"In fact, records show since 2006 that the primary address was owned by Joseph Perry who it transpired, was the husband or partner of the Defendant throughout the period in question.

"A housing benefit claim by the defendant was initially refused in 2009 wherein she described Mr Perry, as the "grandfather of her children".

"But she later initiated her claim for Tax Credits as a single parent, stating the primary address as her residence. She failed to declare that she was living with Joseph Perry at this stage.

"Every year up to the tax year of 2018/2019 she confirmed that she remained a single parent despite the fact Joseph Perry was living with her and supporting the family.

"Investigations discovered that at this stage both the defendant and Mr Perry had been named as jointly liable for Council Tax on the primary address since 2011.

"In March 2016 she made a claim for in come support saying she had recently ceased employment, that she had separated from her partner and was a single parent. She also made a claim for Housing Benefit and in 2019 made a claim to Universal Credit.

"Throughout the period in question, the defendant's benefit award was based on her repeated assertion that she was a single parent, including support for nursery payments.

"In reality, she continued to live with Joseph Perry as a common household. She, Mr Perry and her children had holidays at 5-star resorts in Cyprus. When their primary address was put up for sale in 2017, both her and Joseph Perry were joint vendors."

Figures showed Finney made claims totalling £136,168.02 but was only entitled to £39,139.78. When interviewed she confessed all her claims were false as Joseph Perry continued to live with her.

She also said had never worked since claiming in 2009 and that she inflated child care costs for financial gain. Finney was also ordered to complete 180 hours unpaid work, 20 Rehabilitation Requirement Days and attend a 'Problem solving court.'

In mitigation defence counsel Louise Cowen said: "The particular circumstances of her children's situation and her role she plays in their lives is a decisive factor in this case."