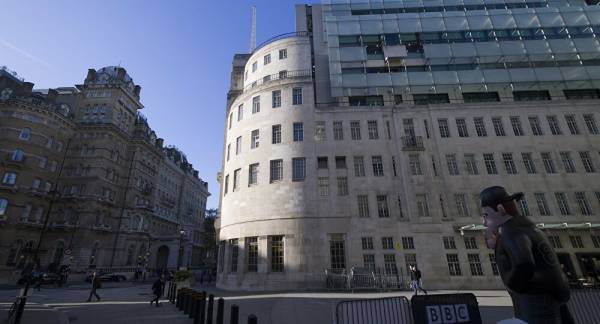 Lines in the classic Christmas anthem Fairytale of New York have long been the subject of criticism for including slurs and insults which are widely considered to be homophobic. Variations of the song which don’t include the controversial lyrics have been played instead in recent years.

The original version of Fairytale of New York by The Pogues and Kirsty MacColl will not be played on BBC Radio 1 this Christmas, over concerns that the classic seasonal tune could offend some listeners.

“We know the song is considered a Christmas classic and we will continue to play it this year, with our radio stations choosing the version of the song most relevant for their audience”, a BBC spokesman said on Thursday.

According to the station, young listeners could be uniquely sensitive to the derogatory language used to describe gender and sexuality in the song.

Instead, an edited version with different lyrics sung by MacColl will be played. Radio 2 will continue to play the 1987 original and 6 Music DJs will have the option of choosing between two versions.

While the song has become a staple of the UK’s Christmas soundtrack – reaching the national top 20 every year since 2005 – Radio 1 said unfamiliar younger audiences might not approve of the song’s homophobic language.

The modern version changes two lines including one where MacColl sings “You’re cheap and you’re haggard” instead of the original F-word slur.

MacColl, who died in a Boat accident in Mexico in 2000, sung the censored version at the 1992 Top of the Pops event.

In Radio 1’s new edition of the song, another line in the second verse, sung by Shane MacGowan, has been taken out completely.

The radio has plated the original lyrics in recent years, but the insults lyrics, which narrates an exchange of insults between an alcoholic and a heroin addict, have been the subject of criticism for its use of slurs.

Radio 1 censored the line in 2007 but was reversed following a poor reception from audiences.

Andy Parfitt, the station’s then-controller, defended the reversal, saying that listeners are “smart enough to distinguish between maliciousness and creative freedom”, and there was no “negative intent behind the use of the words”.

This year has become marked for seeing classic UK songs being potentially censored or removed due to concerns over modern audiences.

In September, popular patriotic songs such as Rule Britannia and Land of Hope and Glory were initially dropped from the setlist of Last Night of the Proms.

The anthems were later dubbed as “racist propaganda” by Kehinde Andrews, a black studies professor at Birmingham City University during a debate on ITV’s Good Morning Britain.

Critics attacked the move for not being in touch with everyday people and for censoring a long-valued tradition. Prime Minister Boris Johnson slammed the decision and said it was time to “stop this general bout of self-recrimination and wetness”.

The song was eventually returned to the socially-distanced musical event.