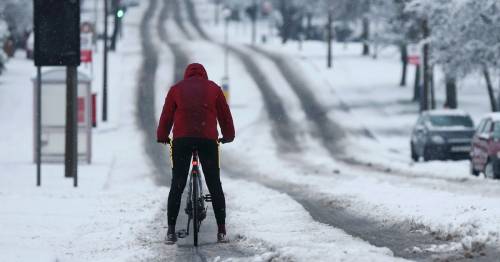 Britain's two biggest forecasters have predicted polar opposite weather for this winter, leaving people wondering if we're in for a white Christmas or not.

The Government-run Met Office has forecast a mild few months ahead but the BBC, which gets its information from private company DTN, warned of a deep freeze.

The firm won the BBC’s multi-million-pound weather contract from the Met Office three years ago.

Experts say energy and road transport firms, airlines and supermarkets will all be hit by the uncertainty.

John Hammond, a former weatherman at both the BBC and Met Office, said: “It’s meteorological mayhem with huge disagreement on what happens in the months ahead.

"They are starkly different forecasts and can’t both be right.

The Met Office says: “A mild three-month period is more likely than a cold one"
(

“There are huge implications for customers such as Government, the energy sector, media and a wide range of other industries.

“Back-pedalling will be required by one of the big boys. Who will blink first?”

The Met Office says: “A mild three-month period is more likely than a cold one.

“Consistent with a warming climate, there is a reduction in the chance of cold.”

But the BBC’s forecaster DTN says: “This winter is likely to feature a weak ­polar ­vortex, bringing ­increased cold risks from Arctic air masses later in the season. January and February could feature frigid air, similar to last year.”

The BBC’s forecaster DTN says: “This winter is likely to feature a weak ­polar ­vortex"
(

The Met Office is hoping it will win out after splurging £1.2billion on a new supercomputer. It will rank among the top 25 supercomputers in the world and be twice as powerful as any other in the UK, Mail Online reported.

A Met Office spokesman told the same publication: "The Met Office cannot comment on DTN forecasts as we do not have a full 'inside' understanding of the methods and techniques they use to produce forecasts."

Odds at the bookies for a White Christmas have been slashed as a result as it looks increasingly likely that there will be blankets of the white stuff on December 25, for the first time since 2010.

Alex Apati of Ladbrokes said: "Plenty of punters will be dreaming of a White Christmas this year, and the odds suggest they could well get their wish, with 2/1 being on offer for any part of the UK to wake up to snow on December 25th."

In the short term, a chilly start to the week is expected across the UK, with the Met Office saying temperatures are unlikely to get above 10C on Monday.

Previous : Shoppers in stitches at ‘saddest Christmas tree ever’ being kept behind metal bars
Next : Canada ends COVID-19 policy turning back asylum-seekers between border crossings