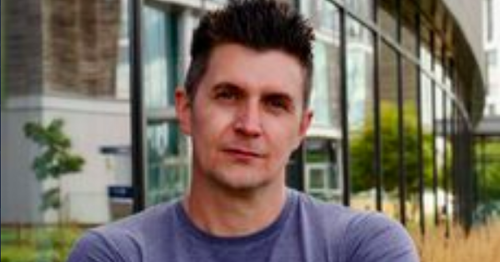 The seemingly fantastic ­investment offer that came out of the blue had a lot of red flags.

A reader was emailed with the frankly implausible prospect of getting a 17.4% return from Axerian Limited, a company he’d never heard off.

“Recently Axerian has launched its own investment product that I would like to share with you today,” began the email apparently from Steven Hill, Axerian’s chief executive.

“The Velocity Bond has been designed to give investors exclusive access to the lucrative world of ­institutional trading through our highly experienced trading desks.”

The bond was for one year, had a fixed rate, and required a minimum investment of £5,000.

Axerian has a registered office in Basildon, Essex, and its website describes the business as a “luxury concierge service”.

“We provide our carefully selected clientele with master keys to the otherwise locked doors of premier experiences and unique offerings,” it gushes.

I’m not sure that sending emails to people who’ve never heard of them counts as “carefully selected”.

The Mirror reader, who does not want to be named, said: “I had responded to a couple of bond comparison websites and the next day I got an email from Axerian, that was the first I knew of them.”

So who gave Axerian our reader’s details? And why is it prepared to pay such huge returns?

Companies sell bonds when they want to raise money, but why would any business pay 17.4% interest to the people who’ve bought the bonds when interest rates are rock bottom and the likelihood is they could borrow from the banks far more cheaply?

Axerian seemed to have a lot of money to throw about. It was also advertising for commission-only telesales reps, saying “Earn £20,000 per month, no scam, regulated” by selling “the best investment product in the market”.

I emailed Steven Hill at Axerian and heard back from its marketing director George Challiss, who was adamant that they do not buy leads from third parties, insisting they only approach investors who have self-certified as “sophisticated” or “high net worth”.

“The email that was sent should only have gone to individuals who had signed a self-certification with us and we are ­internally investigating why this has been received by unsuitable ­individuals,” he said. “At the time of sending the email, we considered the idea of a bond, but due to recent meetings with independent advisers we have decided to cancel all plans.”

That, I’m told, includes cancelling the hiring of sales reps.

Meanwhile, the Axerian bond was being pushed by an outfit called Smart Investments. 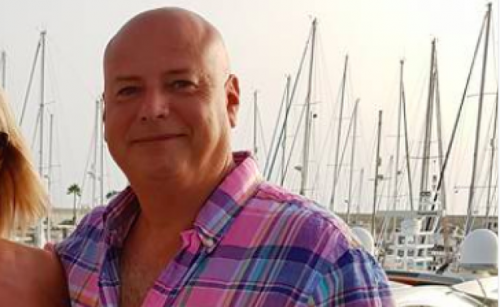 One of its partners is Simon Warman-Freed (above), who lives in Lanzarote and gushed on Facebook that the bond was “a new and exciting regulated investment programme”.

I asked Axerian if Smart Investments was authorised to market the bond.

“No, Simon Warman-Freed is not authorised and neither is Smart ­Investments,” Mr Challiss replied.

“We have issued Simon a cease and desist notice and he has subsequently removed any mention of Axerian.”

Mr Warman-Freed tells it differently, insisting: “We were approached by them to be an introducer for their Velocity Bond.

“Shortly after, Axerian contacted us to say that the Financial Conduct Authority had received a complaint.

“It was decided by both parties that the bond would no longer be offered.”

Another question. Why did Smart Investments market the bond as a regulated product?

“My understanding was initially the Velocity Bond was regulated but then understood it not to be,” said Mr Warman-Freed.

“All information was taken down immediately.”

Although it is a good example of the rule that if you receive unexpected emails offering investment opportunities, press the delete button.

Previous : Australia’s 2032 Olympics will go for zinc
Next : Woman who shielded for nine months killed by lorry on first day out as she untangled mask