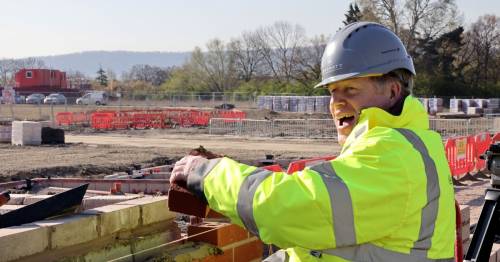 Boris Johnson was left red-faced after he couldn't remember the name of a Tory regional mayor during a campaign visit.

In a toe-curling exchange, the Prime Minister struggled to name the current West of England mayor Tim Bowles during a campaign visit to Gloucestershire on Monday.

He announced he will step down from the post at the end of his first term, with four candidates running to be his successor in next month's election.

Asked if he knew who the regional mayor was, Mr Johnson said: "I'm very much in favour of powerful mayors in the West of England and elsewhere. 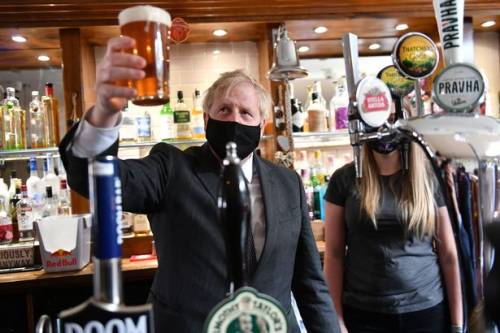 Boris Johnson holds up a long-awaited pint during a campaign visit to The Mount Tavern, in Wolverhampton
(Image: PA)

"But what I want to see is a strong Conservative mayor in London and across the West Midlands and West of England and across the whole of the country."

Pressed again on who the current mayor is, the Prime Minister said: "Well, I can tell you I'll be out campaigning for the West of England mayor, and all Conservative candidates, throughout the week."

The reporter put him out of his misery, saying: “So you don’t know who Tim Bowles is, your current mayor?

“The reason I ask is because voters are being asked to go to the polls to vote on mayors, metro mayors, police commissioners, local – four ballot papers in some cases. It’s very confusing for people isn’t it?” 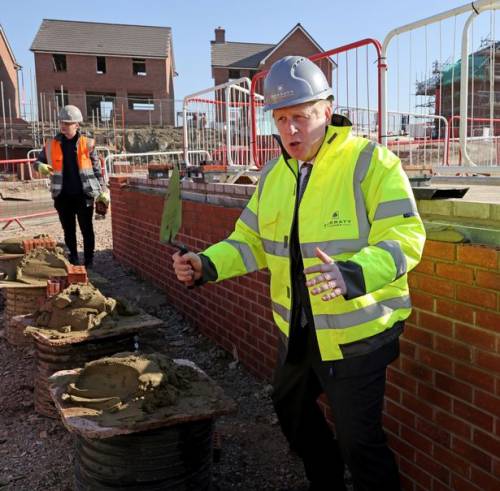 Boris Johnson tried his hand at bricklaying on a campaign visit in Gloucestershire
(Image: REUTERS)

Four candidates are campaigning to be the next regional mayor for the West of England in the forthcoming local elections, which will be held on May 6.

Businessman Samuel Williams is the Conservative candidate hoping to succeed Mr Bowles, while former MP and minister Dan Norris is the Labour candidate.

Jerome Thomas, currently a councillor in Bristol, is standing for the Green Party, while former Bristol West MP Stephen Williams is the Liberal Democrat candidate.

Mr Johnson's mishap came as Keir Starmer also faced trouble on the campaign trail, after a lockdown-sceptic landlord shouted "get out of my pub".

Rod Humphris, landlord of The Raven in Bath, appeared to be held back by members of Mr Starmer's security team after a row about Covid rules.

Previous : EXPLAINER: Ohio offers $1M weekly prize as vaccine incentive
Next : David Cameron boasts he was paid ‘far more’ by Greensill than he was as PM