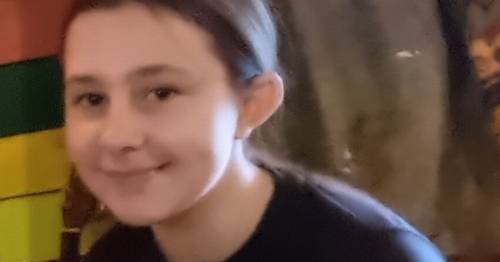 Ava White's murder suspect allegedly "kept smiling at her" with a "cheeky smile" and called her "cheeky" in the moments before the fatal stabbing, a court heard.

The suspect, known as Boy A, who cannot be named for legal reasons, reportedly kept grinning at the 12-year-old schoolgirl before he stabbed her.

One of Ava's friends recounted what happened in the moments leading up to her death in an interview played in front of Liverpool Crown Court, during the ongoing trial.

The interview originally took place the day after her death, on November 26 last year, The Liverpool Echo reported.

She recalled what she remembered of the horrific stabbing, and how the girls ended up in a confrontation with a group of "lads" who filmed them, which upset Ava.

In the interview, Ava's friend, referred to as Girl C by the Echo, said that Boy A had a "noticeable smile" on the side of his face.

The youngster was killed on Church Alley, in Liverpool city centre
(

She said he had "kept smiling at her [Ava] like that" with this "cheeky smile".

She said he had been laughing at her, "calling her cheeky", before the stabbing.

She also spoke about how her friend “went pale” and screamed after she was fatally stabbed in the neck.

Boy A accepted he stabbed her but denies murder and manslaughter, claiming he acted in self-defence.

In the interview, Girl C said she met Ava and other friends in Liverpool’s Queens Square before they headed to Williamson Square where they danced to music outside the pub.

She said that four “lads” walked past and because the girls were “messing about with little Ava” the four of them started recording them.

Girl C said Ava then “got a bit angry” because she didn’t want to be filmed and asked them to delete the footage.

The witness said the lads deleted the video and she said her group were intending to go to a nearby McDonald’s when the lads “started shouting stuff”.

It was then, the court was told, that Ava and another girl approached the group and a confrontation began.

Officers on Church Street, the day after Ava White was stabbed
(

Girl C told the officer: "Ava and this smaller lad started arguing more and he pushed her. She went to retaliate, he's backed away… she got in his face, just out of the blue he's brought his arm up, caught her in the neck. We thought at first he's just punched her, then he started running. We ran after him."

Girl C said: "She was screaming 'ow'. She pulled her coat down and we could just see all the blood.

“When we realised she had been stabbed we walked by the Primark, she collapsed on the floor."

When Girl C was questioned further by detectives on the series of events leading up to the fatal stabbing, she said that Ava had been lying on the ground earlier, prior to the stabbing, in a side street when she and her friends picked her up.

Talking about the events before the stabbing, she said that the lads were "laughing" and two or three of them began filming them at that point which she said was "weird".

The court heard that lads denied recording the girls, which annoyed Girl C and her group because they said they knew they had.

She also added that one of the lads claimed he had posted a video on Snapchat, then deleted it, and this upset Ava.

Girl C told he friend to "leave it" because it had been deleted. Girl C said: "She was just calling them weirdos and stuff like that. The tall lad was just laughing in her face really."

As they walked on, the boys continued taunting her and Ava got angrier, the court heard.

The witness said she didn't think it sounded like there would be a fight, but Ava started arguing with one of them and they were "in each other's faces".

A police cordon at the scene of the stabbing
(

She said: "Then the lad pushed Ava, so Ava retaliated."

Girl C said the "littlest boy" – Boy A – was saying "get out of my face" and pushed her once before Ava "retaliated" and he "got back in her face". She said Boy A was being "cheeky".

She said Ava asked him what he was doing and he backed away from her in a circle and she walked towards him.

Girl C said: "He just pulled something from his waistband I think it was and brought his arm up. At first we thought he just punched her, but as he was running I saw a handle, like a black handle in his hand."

Asked further about the stabbing, she said: "He brought it up to Ava's neck, it was dead fast." She said after that, "he just ran".

The girl explained she had run after the boy but turned back when she saw something in his hand and noticed Ava "the face she was pulling and how white she she went and then I heard screaming".

Tributes on Church Street in Liverpool city centre on 26 November 2021, near where Ava White, 12, was stabbed to death the previous night
(

Girl C said Boy A had a "noticeable smile" on the side of his face. She said he had "kept smiling at her [Ava] like that" with this "cheeky smile".

She said he had been laughing at her, "calling her cheeky", before the incident when he stabbed her.

Under cross-examination by Nick Johnson, QC, defending, the girl said Ava was lying on the ground because she was "messing about", not because she had been drinking vodka.

She said Ava shouted at the boys about filming her but wasn't screaming and she thought she saw Ava try to grab Boy C's phone.

Girl C said she didn't hear two older boys who came over talk about "blades" or threaten to stab Boy C and didn't see either of these boys with knives or know if they had knives.

She said the lads had been shouting things like "muppet" to Ava when they crossed Church Street. Girl C said: "I think Ava was just wanting them to apologise for saying stuff to her."

The emergency response after Ava's stabbing
(

Girl C denied that Ava wanted to fight Boy A. She said Boy A "possibly" might have said "get out of my face lad" but she couldn't remember.

Asked if Ava was dressed "a bit like a lad", she said a "little bit" but they all knew she was a girl.

Mr Johnson said: "Obviously you knew she was a girl, but to a stranger might she have looked like a lad?" Girl C replied: "I'm not too sure."

Girl C said she didn't see Ava push Boy A or Ava chasing Boy A. She said just before he stabbed her, Boy A took three or more steps backwards, but she didn't see him "running backwards" away from her.

Previous : 8 Queen’s Speech nasty details and bits missing – with NO new Cost of Living help now
Next : Punter who sued bookies after winning £1.7m plans £25,000 man cave in his garden