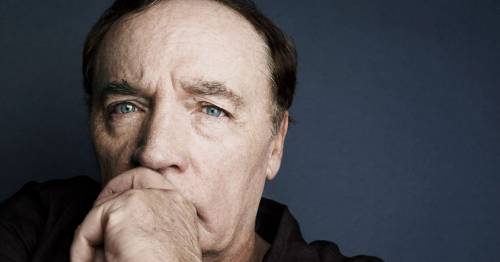 He is the best selling author of all time, whose fictional thrillers are sitting in the bookcases of hundreds of millions of homes worldwide.

Incredibly, James Patterson has sold more books than JK Rowling, John Grisham and Dan Brown put together. He has had 67 New York Times Bestsellers, and has been the most borrowed author from British libraries for the past 14 years.

And James’ eagerly-awaited latest addition to his hugely popular Alex Cross crime series, Fear No Evil, is due out this week.

But it is one of his rare forays into a real life crime case that the novelist seems most proud of.

James’ book detailing billionaire Jeffrey Epstein’s sex trafficking and sexual abuse of women and underage girls was released in 2016, a long time before the billionaire financier's arrest in 2019.

When the book was published, Epstein, alongside close friend Ghislaine Maxwell, whose trial on sex trafficking charges is due to start next week, was still free and rubbing elbows with some of the world’s richest and most powerful men.

James remembers how it was one of the hardest of his books to get any publicity for.

He says: “I brought attention to that story right from the beginning, when no-one else was interested.

“I’m not one to take credit for stuff, but at the time it was scary because I was getting letters from Epstein’s attorneys every couple of weeks, telling me, ‘it’s wrong, don’t do this, you’re going to regret it’. I wasn’t going to regret anything because everything we put in the book was accurate.

“I put that out two or three years before that story really broke big, which is crazy.

Among his over 150 books during his four-decade-long career, James has also written other non-fiction works, including one on John Lennon’s last days – he was living in New York on the day the Beatle was shot, and now lives in Palm Beach, Florida, next to a house John and Yoko owned.

But it is his gripping, pager-turner crime fiction books which have turned James into a worldwide phenomenon, with an estimated fortune of £560million.

James with Morgan Freeman at the premiere of the film Along Came A Spider, based on his book
(

Earlier this year he released his second novel co-authored with Bill Clinton, The President’s Daughter, and next year he and country music star Dolly Parton will launch a novel they have written together, Run, Rose, Run, about a young women who goes to Nashville to pursue her music-making dreams. In what is probably a first in the world of fiction, the singer will also release an album of songs inspired by the book.

In another first, fans of his most famous Alex Cross series will tomorrow be able to take part in a special interactive event in London, ‘The Judge, The Jury and James Patterson', to mark the release of his latest novel, where they will be the jury at Alex’s trial, and get to decided whether he is freed or sent to jail.

James will also make an appearance at the event at Bethnal Green Town Hall via video link.

On his new book, also released tomorrow, he says: "You wish that every book is as good as the last one, and all are as good as Along Came A Spider, but you never know. But I think this one really turned out wonderfully well and the notion of having Alex trapped by a mMexican cartel , a hit team from another group and a grizzly bear, that’s really cool.

"It's so messed up and crazy and wonderful, I love it."

But with so much success, does he still feel the same buzz at seeing his name on a new book? “Yes, totally,” he says. “I grew up in a small town up the Hudson River and I still look at the world through the lens of this kid from upper New York. I’m like, you’re writing a book with Bill Clinton! You’re writing with Dolly Parton! You’re on TV, or whatever, it’s still very exciting.

“I still go into bookstores and see if anyone’s buying my books. I was at the local bookstore yesterday. I sign my books and put them back. Sometimes if people are there I’ll say, ‘This is a good one, why not buy this one?’”

The son of an insurance salesman and a school teacher, James grew up in the remote town of Newburgh, New York, where his dreams of being a writer “always seemed presumptuous”.

But after reading books by James Joyce, “it really turned me on to reading, and then I started scribbling.”

After college, he moved to New York and got his first job as a junior copywriter at an advertising agency in the early 1970s. While climbing the corporate ladder, he wrote his first book, which finally got accepted after getting turned down by 31 publishers.

But despite publishing his first book at 26, he didn’t have a bestseller until he was 40, with Along Came A Spider, the first of his series about forensic psychologist Alex Cross.

After that he never looked back, and today his novels account for one in 17 – around 6% – of all hardcover novels sold in the US.

James, who lives with his wife Susan and their son Jack in Palm Beach, Florida, says his success has surprised even him.

He says: “One of the reasons why me and Dolly Parton hit it off so well is that to come where she came from, and from where I came from, and to be where we are today is unthinkable.

“She’s a delight in every way, she’s very bright, she’s self effacing. One of the things my grandmother used to say to me was ‘hungry dogs run faster’. Well, I’m a hungry dog I’m still running, and so is Dolly.”

Now aged 74, James shows no sign of slowing down. In the last two years alone he has released 38 books. most of which were actually written by 'co-authors' while he himself provides detailed plot outlines.

Next year he also plans to release his autobiography, as well as a novel based on the British Royal Family, he reveals.

James shows me a basket in his office where he says he deposits ideas for future novels. "There are around 1,000 ideas for books," he says. "Sometimes when I'm ready to do another book I pull that out and start leafing through, and see if I can turn them into a story.

"Do I wake up in the middle of the night with a story idea? More often than I’d like to admit. It's usually around 5 o'clock and I find myself getting up and trudging from the bedroom down to this room, and writing an idea or a sequence for a book, which irritates me.

"At the moment I've got 12 live projects going on. Every couple of weeks I'm reading through finished manuscripts. I know, it's complete madness. But it works for me."

Previous : Girl, 8, crowned UK’s messiest child of 2021 as you can’t see any carpet in her room
Next : Cricket Australia slammed for ‘appalling’ Tim Paine treatment amid sexting scandal