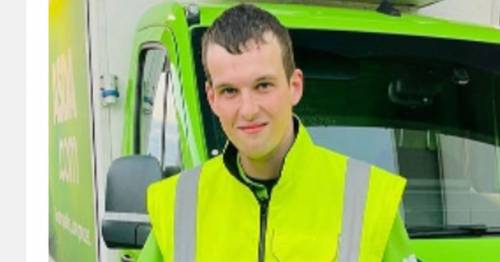 An Asda delivery driver has been widely praised for his kind actions in helping a 90-year-old customer he found sitting in the dark, by changing her lightbulb.

Hundreds of people have written messages online to congratulate the 23-year-old driver called Michael, from Asda's Hartlepool store who stepped in to help the elderly woman.

The home shopping driver was doing his regular grocery deliveries when he found the 90-year-old without light at her home because her bulbs had just died, reported the Manchester Evening News.

The lady, who struggles with her mobility, said she couldn't physically change the bulbs in her flat herself and was waiting for her carer to come when kind-hearted Michael stepped in and changed them.

Michael, who's 23 and has worked at the store for a year, said: "I couldn't leave her in the dark so I just asked her where her spare bulbs were and quickly changed them all. It only took a moment, but she was very grateful.

Michael has now been nominated for the Asda service superstar award
(

"I will help anybody if I can. I love the interaction with all my customers."

Customers have now praised Michael in their hundreds.

Similarly Angela List commented: "Well done this chap thank heavens he was able to help this poor lady out in the way he did."

And Karen Martin wrote: "The world needs more people like Michael. A small gesture can make a big difference."

Janet Ratcliff commented: "Thank you Michael for helping someone frail & vulnerable. You are a very kind & thoughtful man."

While Ann Steadman said: "Well done Michael.. You are a credit to who ever raised you young man. Asda are lucky to have you on their team. Walk tall and look the world straight in the eye."

She said: "We are all so proud of Michael for not only carrying in the lady's shopping, but changing the lightbulbs for her too.

"It was just a small thing but the lady was incredibly grateful, having been sat in the dark. Michael is an all-round good guy who is very kind and who will do anything to help his customers."

Previous : Klarna shake-up means missed payments will show on your credit file from today
Next : When is an animal — or even an AI — a person?