As Tory Rebellion Looms Over COVID Tiers What Other Revolts Did Boris Johnson Face? 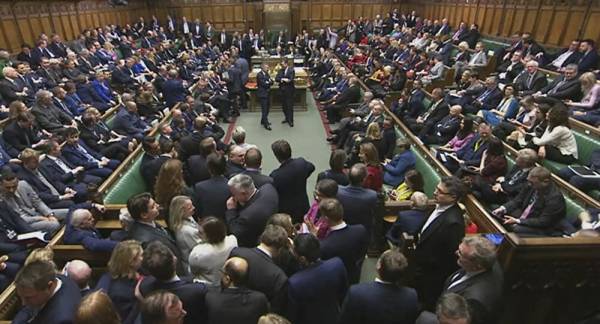 Boris Johnson became Prime Minister in July 2019, succeeding Theresa May who had failed to push through Brexit. His Conservative Party won a resounding victory at the general election in December 2019.

Up to 70 Tory MPs are reportedly planning to rebel in a House of Commons vote on Tuesday, 1 December, because they are unhappy with plans to put 55 million people in England into the two highest tiers of COVID-19 restrictions when the second lockdown ends on Thursday.

The Mail Online claims “senior Conservatives have warned the Prime Minister will face the ‘biggest revolt of this Parliament’ when the plan is put to a Commons vote on Tuesday.”

They’ve just said on The News that Tory MPs are revolting.
Good to have accurate news reporting at last.

​So what is Mr Johnson’s record when it comes to backbench revolts?

Where to start with this nonsense? Car sales are down this year because of #COVID19 – salesrooms closed, people putting off purchases. Any fool realises this. Thankfully, there are now vaccines coming. Pity there isn’t a similar ‘cure’ for a Hard Brexit. Wokingham deserves better https://t.co/M4wEDHuFk1

​He tried to push through the Brexit deal Theresa May had negotiated but on 3 September 2019 his government was defeated 328-301 on an emergency debate motion, which forced him to request an extension to Brexit negotiations.

Mr Johnson then prorogued Parliament – effectively suspending it – on 9 September 2019, causing uproar among MPs on all sides.

On 24 September the UK Supreme Court ruled he had acted unlawfully and that Parliament was not therefore prorogued.

Mr Johnson lost every vote in Parliament from taking over as prime minister until 15 October.

He eventually produced a new deal with the EU on Brexit on 17 October 2019, which was immediately criticised by his erstwhile comrades in the Democratic Unionist Party (DUP), who feared it cleared the way for a united Ireland.

That day he faced another rebellion in Parliament, with MPs voting by 287-275 to approve an amendment to a government motion which allowed multiple amendments to his new Brexit withdrawal agreement to be put to the vote.

Two days later an amendment by former Tory MP Oliver Letwin – who had been booted out of the Conservative Party in the summer – forced Mr Johnson to request an Article 50 extension until 31 January 2020. It was passed by 322 votes to 306.

Exasperated with Parliament – and especially with his own rebellious Tory MPs, many of whom were clearly trying to block Brexit, Mr Johnson decided the only thing for it was a general election.

But under the 2011 Fixed Term Parliaments Act, which had been passed by David Cameron, the next election was not due until 2022.

So on 28 October 2019 he sought to pass a motion under the Fixed Term Parliaments but needed 434 votes to get it passed and Labour Party leader Jeremy Corbyn was telling his MPs to reject it, despite having claimed he was keen to go to the polls.

​But the following day MPs did finally vote for an early election after Mr Corbyn said it was a “once-in-a-generation chance to transform our country.”

It was the equivalent of “turkeys voting for Christmas”, with Labour losing a landslide election and dozens of Labour and Liberal Democrat MPs losing their seats, along with several rebel Tories who had defected or, like Dominic Grieve, stood as independents.

The Conservatives won a majority of 80 and Mr Johnson was able to push his Brexit deal through Parliament.

Despite a troubled year, hijacked by the pandemic, he has not faced a major backbench rebellion….until now.

Previous : Protesters Gather Near German Embassy in Ankara Over Turkish Ship’s Search in Mediterranean – Photos
Next : Statues to Churchill, Nelson and Gandhi Face the Axe After Welsh Slavery Report Published