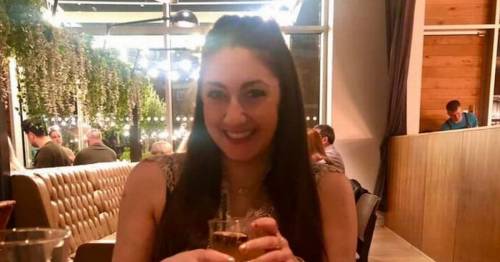 Arrogant receptionist risked jail with ‘sophisticated’ revenge after being sacked

An arrogant spa receptionist who was fired after two days took a "sophisticated" revenge.

Lauren Arafat deleted 211 appointments before admitting an offence under the Computer Misuse Act.

She claimed she did "not have any particular skills when it comes to computers" and is "hopeless with technology" and needs help "putting her out of office on."

The 30-year-old of Elland, West Yorkshire was employed as a receptionist at The Potting Shed Spa for just two days before being "let go" by the director for "erratic" behaviour.

She had been to use Phorest software, for booking appointments, but after leaving the business on June 8, 2019, she returned and deleted hundreds of appointments.

Leeds Crown Court heard that in half an hour, she deleted 211 appointments, which could not be put back into the system.

YorkshireLive reports how she also rubbed out some under another employees name.

Andrew Picken, prosecuting, said: "Sam Pearce, the director of the company had built the business up for nine years.

"She interviewed Ms Arafat in May 2019 for a receptionist job and trained her on the Phorest software system, which took place on May 30, 2019.

"A profile was set up for the defendant on that and she started work on June 1.

"Her second shift was on June 1, 2019. She behaved erratically and there were a number of issues resulting in the director having a staff meeting and ending her employment.

"She left the building and the director then cancelled appointments for the rest of the day as a result of the issues that arose.

"The defendant left, and then logged onto the system using her iPhone and deleted a number of appointments."

Arafat had changed her name on the system to that of another employee, but that was changed back by staff at Phorest systems.

The court heard Mrs Pearce then had to close the business for two working days to deal with issues that arose out of Arafat's offending.

Mr Picken said: "It is the Crown's case that that action [Arafat's] caused irreparable damage.

"The director had to phone clients to rebook their appointment and find out whether others had been deleted."

The Potting Shed Spa went on to close, although Mr Picken said the prosecution could not prove whether it was Arafat's actions that caused it to fail but it was their position that they did cause financial harm.

The court heard Arafat was interviewed in January 2021 and made no comment in her interview.

But she went on to plead guilty to an offence under section 3 of the Computer Misuse Act, unauthorised acts with intent to impair, or with recklessness as to impairing the operation of a computer.

Mrs Pearce said in a statement she has suffered from PTSD as a result of Arafat's actions, which she said was an "aggressive attack that breached privacy and her intention was to cause as much damage as possible."

She added that since June 2019, she has felt unable to trust anyone and is in a "living nightmare."

Chloe Fordham, told the court Arafat had been studying to be an occupational therapist but had dropped out while the investigation was ongoing and would have to apply to the Royal College of Occupational Therapists before starting it again.

She also lost her law and teaching degree and "letters after her name" as a result of the investigation.

Ms Fordham said that following an appeal those had been reinstated.

She said: "I ask you [the judge] to take into account that she has been on the receiving end of a number of complaints made about her to institutions where she has been learning and working.

"In response to the complaints, she has not retaliated or made the matter any worse, she has not sought to make problems in recent years for Sam Pearce.

"She has had significant problems for what has happened to her already but the court can trust her not to commit further offences."

The court heard that in an interview with a probation worker for her pre-sentence report, Arafat came across as "arrogant."

Judge Simon Batiste said that he did not find that Arafat's actions led to the failure of The Potting Shed, but the "cancelling of so many appointments would lead to financial loss to them."

He said there was an "element of sophistication" in her actions, as she sought to change her identity to another employee while deleting the appointments.

As he made her the subject of a two-year community order and ordered her to carry out 250 hours of unpaid work and 15 days of rehabilitation activity, the judge said: "You chose to hide your identity and put suspicion on another and were clearly motivated by revenge.

"If, in the next two years you complete the work and rehabilitation and commit no further offences, that will bring the matter to a close.

"But if you commit another further offences you can be brought back to this court and be sentenced.

"If you don't do the unpaid work, I am going to reserve any breaches to myself.

"I make it clear to you that if you come back in the future to me and you have not done the work required I will resentence you and I will lock you up – do you understand that? I'm giving you a chance but one chance only."

Previous : Putin’s bloated look with ‘head too big for body’ as he hosts virtual security meeting – World News
Next : Flat in stunning building costs just £450 a month to rent – but wait until you see inside