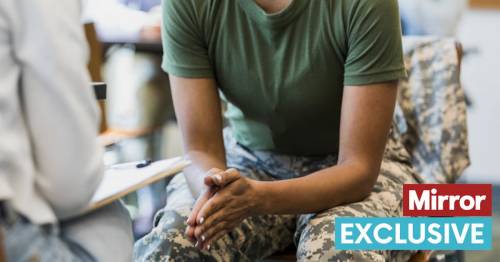 The number of reported rapes on UK military bases has doubled in six years.

Last year 40 investigations were launched compared with 20 in 2015.

Ministry of Defence figures also show a big increase in alleged sex attacks on female personnel over those years, from 82 to 239.

The rise comes despite the MoD claiming it is “taking decisive action” to end all inappropriate behaviour and putting up posters at barracks reminding soldiers sex must be consensual.

A senior lawyer said more has to be done to stop women suffering sexual violence at work.

Centre for Military Justice founder Emma Norton said: “For service personnel that have been sexually assaulted, it is extremely difficult to achieve justice.

“The victim, usually a woman, is almost always seen as the problem – interfering with the unit’s so-called operational effectiveness by reporting her assault and insisting on some ­accountability, either by reporting the crime or by trying to raise an internal complaint.”

Ms Norton, who represents dozens of former and serving members of the armed forces who have been assaulted by colleagues, said: “In almost all of our cases, the experiences for victims have been career-ending and life-changing.”

The MoD’s Murder, Manslaughter and Sexual Offences in the Service Justice System: 2021, reveals an increase in sex offences including rape, sexual assault, exposure and voyeurism. The vast majority of victims were females.

Most sex offences took place in the UK but female troops were also abused at military bases in Cyprus, Canada and Germany.

It is unknown how many of the 40 reported rapes led to a conviction. In March, Thomas Herrington, 19, was cleared of raping a female colleague, but found guilty of sexual assault, after telling the court his victim liked rough sex.

An MoD spokesman said: “We are taking decisive action to stamp out all forms of ­inappropriate behaviour, including a zero ­tolerance policy on sexual offences and ­improving reporting mechanisms so personnel feel safe in raising issues and are confident ­allegations will be acted upon.”