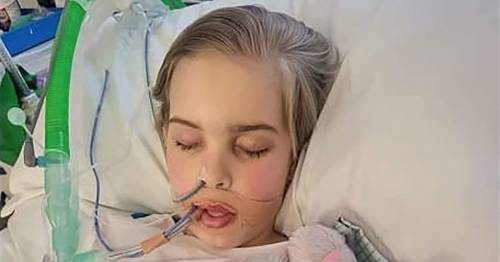 The family of a 12-year-old boy at the centre of a life-support treatment dispute have been given the green light to take the case to the Court of Appeal.

Mrs Justice Arbuthnot recently ruled that doctors could lawfully stop providing treatment to Archie Battersbee, after considering evidence at a trial in the Family Division of the High Court in London.

Ms Dance and Mr Battersbee, who are separated, asked Mrs Justice Arbuthnot at a High Court hearing today to give them permission to mount an appeal.

A barrister leading their legal team argued that evidence had not shown “beyond reasonable doubt” that Archie is dead.

Edward Devereux QC said the decision had been made on a balance of probabilities.

Archie Battersbee's mother, Hollie Dance, speaking outside the Royal London Hospital in Whitechapel, east London, after the High Court judgement on the future of her son
(

He argued that a decision of such “gravity” should have been made on a “beyond reasonable doubt” basis.

He also argued that declaring Archie dead meant the court extended the common law definition to brain-stem dead and because no brain stem testing was carried out the court should have started "from a presumption that a person is alive".

He added that the decision to declare Archie dead failed to "accommodate the religious views" of his family.

He also argued the court had insufficient evidence to make such a decision.

They say treatment should end and think Archie should be disconnected from a ventilator.

However, Archie’s parents say his heart is still beating and want treatment to continue.

Specialists treating Archie Battersbee at the Royal London Hospital in Whitechapel, east London, think it "highly likely" that the youngster is dead and say life-support treatment should end
(

Ms Dance said she found her son unconscious with a ligature over his head on April 7 and thinks he might have been taking part in an online challenge.

Archie – a keen boxer and gymnast – has not regained consciousness after his mum found him at their home in Southend, Essex following a "freak accident" on April 7
(

He has not regained consciousness.

Ms Dance previously said she's been given a "glimmer of hope" after Archie had responded to music and smell.

She added: “His blood pressure went up, so we put on a deep-breathing meditation recording and put lavender oil under his nose and within 10 minutes his blood pressure dropped to normal levels.

“It’s a glimmer of hope. He’s in there and he’s going to wake up, he just needs time."

The tragedy happened in early April
(

Archie is at Royal London Hospital in East London
(

Hollie said: “All I want is for them to give him time to heal.”

Hollie previously spoke of her devastation and refused to give up hope. She said: "I know my son is still there."

After last week's High Court ruling, the judge said: "I find that Archie died at noon on May 31, 2022, which was shortly after the MRI scans taken that day.

"I find that irreversible cessation of brain stem function has been conclusively established.

"I give permission to the medical professionals at the Royal London Hospital to cease to ventilate mechanically Archie Battersbee."

The judge went on: "If Archie remains on mechanical ventilation, the likely outcome for him is sudden death and the prospects of recovery are nil.

"He has no pleasure in life and his brain damage is irrecoverable.

"His position is not going to improve. The downside of such a hurried death is the inability of his loving and beloved family to say goodbye."