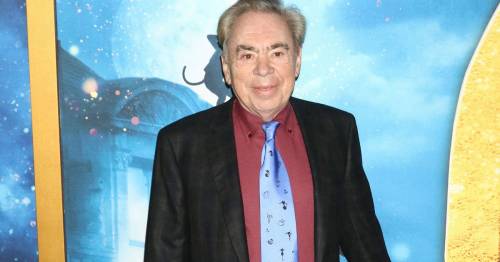 Impresario Andrew Lloyd Webber has said he is determined to open his theatres on June 21, and is prepared to be arrested if authorities try to intervene.

Theatres are among the industry's that have been hit hard by restrictions imposed to tackle the spread of Covid.

While indoor entertainment venues were able to reopen from last month at reduced capacity, the restrictions meant it was not financially viable for many theatres.

There are now fresh doubts surrounding the anticipated date of June 21 for a full re-opening amid concerns over the impact of Covid-19 variants.

Previously the composer said a delay in England's re-opening could prove to be "the final death blow" for the beleaguered industry. 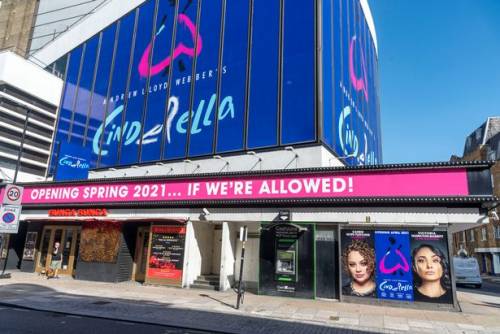 Speaking to the Daily Telegraph he now says he may have to sell his six West End venues if the Government does not relax its restrictions.

He also said he has already re-mortgaged his London home.

Lord Lloyd-Webber is preparing for a production of Cinderella, which is set to open for previews on June 25 ahead of its world premiere in July.

"We are going to open, come hell or high water," Lord Lloyd-Webber told the publication.

Asked what he would do if the Government postponed lifting lockdown, he said: "We will say: 'come to the theatre and arrest us."'

He claimed that scientific evidence shows theatres are "completely safe" and do not cause outbreaks.

He added: "If the Government ignore their own science, we have the mother of all legal cases against them. If Cinderella couldn't open, we'd go, 'Look, either we go to law about it or you'll have to compensate us."'

This is not the first time Lord Lloyd-Webber, 73, has criticised those calling for a delay in reopening.

Last week he told the Daily Mail he may take legal action if his theatres are not allowed to welcome back crowds at full capacity.

He said if theatres are blocked from a full reopening, the issue becomes "what is the legality of the whole thing?"

He said: "If the Government's own science has told them that buildings are safe … I'm advised that at that point things could get quite difficult.

"This is the very last thing that anybody wants to do, but there would become a legal case at that point because it's their science – not ours. I would passionately hope that we don't have to, but I think we would have to consider it."

Previous : Family stranded in Birmingham and have to scrap holiday after car stolen as they slept
Next : Mum reunited with baby who ‘almost crawled into road’ and didn’t know tot was gone