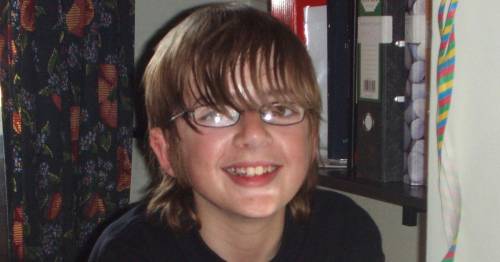 Two men have been arrested on suspicion of kidnapping over the disappearance of a teenage boy 15 years ago.

A 45-year-old man was arrested on suspicion of kidnap, human trafficking and possession of indecent images of children.

And a 38-year-old was arrested on suspicion of kidnap and human trafficking.

Both have been released under investigation as enquiries continue.

Andrew Gosden was only 14 years old when he vanished after he had left his house in Doncaster, South Yorkshire, withdrew £200 and bought a one-way ticket to London.

The straight A* pupil was last spotted on CCTV at King’s Cross station in September 2007.

But his whereabouts after, and why he travelled to the capital in the first place, remain a mystery.

Despite the massive manhunt not information was found about where he went next.

Senior investigating officer, Detective Inspector Andy Knowles, said: "Our priority at this time is supporting Andrew's family while we work through this new line of enquiry in the investigation.

Andrew has not been seen since his disappearance
(

"We are in close contact with them and they ask that their privacy is respected as our investigation continues.

"We have made numerous appeals over the years to find out where Andrew is and what happened to him when he disappeared.

"I would encourage anyone with any information they have not yet reported to come forward."

Father Kevin Gosden (left), with daughter Charlotte (centre) and wife Glenys (right) carry a candle during the one year anniversary of their son's disappearance
(

Since Andrew disappeared, his family have campaigned relentlessly to try and find out what happened to him.

The River Thames was searched and experts even drew up artistic impressions of what he could look like as an adult in a bid to track him down.

His face featured in campaigns all across the UK, with his case publicised everywhere from milk cartons to buses.

Previous : Tesco security guard goes ‘MMA’ on suspected shoplifters in shocking mass brawl
Next : Huge asteroid bigger than Big Ben to pass Earth today with even larger one due next week – World News