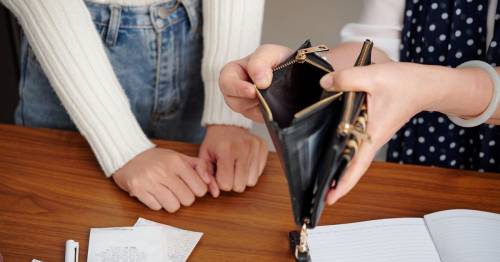 Almost half of workers are now borrowing money to pay bills, reports says

Nearly half of workers have been forced to borrow money from banks, payday lenders or family and friends to make ends meet during the past six months, a new study has found.

A survey of more than 2,300 workers also showed that only one in three said they can afford necessities, while almost two thirds said the rise in energy costs was forcing them to spend less on basic food items or other essentials.

Members of the GMB union who took part in the survey said they could not afford to have the heating on and feed their families, and some said they were only eating every other day.

GMB general secretary Gary Smith, speaking at the union’s annual conference in Harrogate, said: “We face the perfect storm of wages plummeting as prices shoot up. It’s a disaster for workers.

“People are suffering and this Government is doing nothing.

“The energy price surge was grimly predictable. Instead of blaming low paid workers who ask for a pay rise, ministers must get their act together and make the important decisions that can help bring stability to prices in the future, such as on new nuclear generation and gas storage.

“Meanwhile there is a strong case for wage support for some of the lowest-paid workers.”

One person, an ambulance worker, who took part in the survey said: "I can’t afford to have the heating on and feed a family of six. It has to be one or the other. Years of no wage rise beginning to bite."

And there were many other similar comments.

A school support worker said: "We aren’t living, we are treading water. This Government need to give me a break", while an airport firefighter replied: "I work two jobs, my partner works two jobs and still we struggle to afford basic essentials like food, gas and electric."

While an NHS worker simply said: "I can’t afford to live, I feel depressed."

An HGV driver also said that it was affecting his mental health.

"As a 43-year-old married man and with three young kids, I’m finding myself really depressed as we are struggling with the rise in food and energy bills. I’m extremely worried about the months ahead as our wages are at breaking point," he said.

And a person, who works as an administer, said: "It is so hard to save the money for our wedding. I actually said to my partner I now wish we hadn’t set the date and paid the deposit on our venue. I would not have booked my wedding if I’d have known have much our bills were to increase."