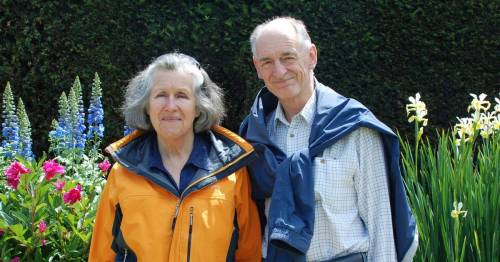 A married couple were both killed in a three-vehicle car crash near their home.

Roger, 76, and Christine Barton, 75, suffered fatal injuries in a crash near the small village of Selborne, Hampshire, where they live and were pronounced dead at the scene.

The couple had three children and were “much adored” grandparents.

Police were called to the road near Alton at 3.23pm where the crash happened on Friday, 7 January when they were driving on the B3006.

Their family said: "Roger and Christine Barton lived very happily in Selborne for the last 30 years.

"They were wonderful caring parents to Robin, Christine and Sophie and much adored grandparents to Freddie, Matilda and Ava.

"We are especially grateful to all the emergency services personnel for their time, professionalism and respect shown to our parents in what must have been a very challenging situation for them."

A 78-year-old who was driving the Golf was arrested following the crash on suspicion of causing death by careless driving and driving while unfit through drugs.

The B3006 where the fatal crash happened near Selbourne, Hampshire
(

He has been released while police enquiries continue.

Police have renewed an appeal for witnesses or anyone with dashcam footage to come forward.

The driver of the Mazda, a man in his 40s, was taken to Basingstoke and North Hampshire Hospital with minor injuries.

Detective Sergeant Mark Furse, said : "An investigation into this tragic incident in which two people have sadly lost their lives is underway and enquiries to determine the circumstances are ongoing.

"We'd like to hear from anyone who was in the area at the time and may have witnessed the collision or the moments leading up to it.”

Alternatively, information can be submitted online .