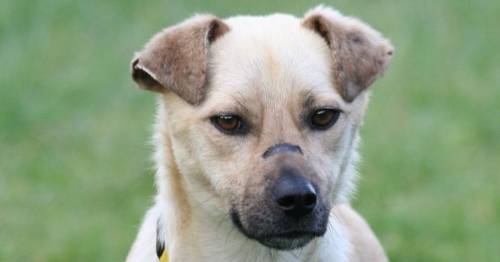 Adorable dog with scar on nose keeps being overlooked in kennels

He only has love to give – but has been unable to secure a new home due to his 'scary' appearance.

Tony, a crossbreed, has spent about 400 days waiting for an owner to pick him up from Oakwood Dog Rescue, in Hull, but is yet to find the right match.

The poor pooch has a scar stretched across his nose after an abuser in Romania deliberately took a hot piece of metal to his snout.

Unfortunately, his scar has not only impacted his wellbeing but has also narrowed his chances of securing a new home, as potential owners have been avoiding him in kennels.

An Oakwood Dogs Rescue spokeswoman said: "People usually avoid him because they think he looks scary.

He has spent 13 months at Oakwood Dog Rescue
(


"He is not a scary boy, he is just well built, and has a scar on his nose which is not his fault.

"Humans in his past burnt him with a hot piece of metal. It hurt him a lot and unfortunately it will never go away."

When Tony arrived at Oakwood, he was an "extremely fearful boy" who would shy away from humans and cower in his cage.

"He thought everyone was going to hurt him and kept his distance from people," she added.

"Since working with the staff and volunteers, he has started to learn that not all people have bad intentions.

"Some staff have been able to stroke him but he is not ready to ask for this yet and still finds it quite scary. It will come in time, he just needs to learn to trust you first."

The six-year-old is very food focused and enjoys puzzle toys and enrichment to stimulate his brain.

Although he is not ready to walk on a lead, he is continuing to build confidence in this area and has been working with the team at Oakwood Dog Rescue to improve his handling.

Tony would prefer to live in a quiet home with children over aged 16. He needs to be the only dog in the home and cannot live with cats.

The spokeswoman added: "He used to be very frightened of other dogs and had been beaten up quite a bit in Romania.

"He has had quite a journey to get to where he is today and needs to take baby steps to feel safe.

"He cannot wait to really show his humans the real Tony, but he needs someone to fall in love with him first and give him a chance."

If you're interested in rehoming Tony, or any other dogs at Oakwood Dog Rescue, contact their team via adoptions@oakwooddogrescue.co.uk.

Do you have a dog story to sell? Email paige.freshwater@reachplc.com.