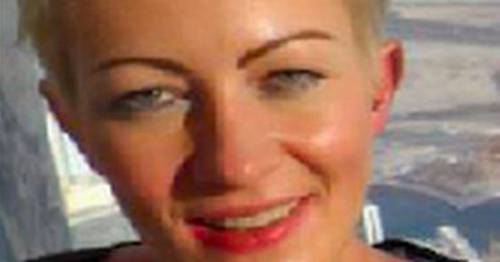 A doctor jailed for multiple attacks on police officers and nurses has had her suspension from working extended by seven months.

Former A&E specialist at Glasgow Royal Infirmary Dr Karen Clark was in the grips of alcoholism when she turned to theft and violence, resulting in two spells in prison.

Her crimes included violently assaulting four nurses while off-duty after being taken to Crosshouse Hospital in Kilmarnock, East Ayrshire, Scotland, for treatment.

She punched one in the head, kicked a second, dug her nails into the arm of a third and pushed a fourth, reported GlasgowLive.

During other incidents, the hospital medic attacked police officers, was found drunk behind the wheel of her car and was also in possession of cocaine.

Clark, from Kilwinning, North Ayrshire, has been suspended from practising since 2016 by the Medical Practitioner Tribunal Service (MPTS) but a review hearing was held earlier this month.

It concluded her fitness to practise remains impaired and ordered her suspension be extended by a further seven months.

Her lawyer told the tribunal she accepted her fitness to practise was still impaired by recent convictions but expressed remorse for her actions.

Clark is now engaging with the General Medical Council (GMC) and hopes of remediation are high.

A hearing last year heard she had racked up another conviction for a police assault but Clark was later admonished by a court.

In a written ruling, MPTS panel chair David Urpeth said: "The tribunal considered that its findings were so serious that action needed to be taken, though not so serious as being fundamentally incompatible with continued registration.

"The tribunal considered that a period of suspension would meet the overarching objective as it would protect patients and the public.

"When determining the length of the suspension, the tribunal considered that a period of seven months would be sufficient to allow Dr Clark to maintain the momentum with her progress and is the shortest possible suspension to allow that."

Another review hearing will be heard towards the end of the latest suspension.

Clark was working as a senior registrar in the emergency department at Glasgow Royal Infirmary when her life began to spiral out of control.

She was jailed for a total of nine months at Kilmarnock Sheriff Court in April, 2015.

The jail sentence was imposed after she admitted assaulting the four nurses and four police officers during separate incidents in July, 2014.

She also pleaded guilty to two counts of threatening and abusive behaviour in April, 2014.

In November 2017 she was jailed for eight months for breaching community payback orders imposed for theft and housebreaking and a sheriff warned her she would end up dead if she didn't deal with her alcohol problem.

Clark graduated in medicine from Dundee University in 2006 and has worked at a number of other NHS hospitals in Glasgow, Dumfries and Ayrshire during her career.

Previous : Couple discover unborn baby is an hour away from death after arriving at hospital
Next : Norway bow and arrow attack: Witness watching Squid Game thought rampage was the show – World News