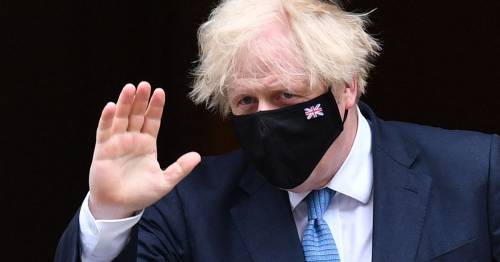 MPs are about to leave Westminster for the summer as parliament prepares to go into recess until September.

It is almost two years since Boris Johnson became Tory leader and Prime Minister, when on the steps of Downing Street he promised to "restore trust in our democracy" and "change this country for the better".

The PM has yet to deliver on a string of pledges in July 2021 but we could get vital details about Government policy in the crucial days before Thursday, when the Commons shuts down for six weeks.

Here are some of the plans that – and may not – be published in the next 48 hours.

What pay rise will NHS staff get

Ministers provoked anger earlier this year when they said staff – who have spent the last 16 months on the Covid frontline – could expect a mere 1%, which accounting for inflation would have meant a real terms cut.

But following widespread public fury and a reminder from campaigners that "claps don't pay bills", the Government rowed back and said it was awaiting the findings of the independent NHS pay review board before making a decision.

Reports suggest ministers could back a 3% rise before MPs leave.

But doctors and nurses been seeking increases of 5% and 12.5% respectively and 3% is likely to be blasted by unions.

A plan for social care? Not likely

Boris Johnson said in July 2019 that his Government "will fix the crisis in social care once and for all with a clear plan we have prepared".

Research has shown that 130,000 are trapped in social care debt and almost one in three cannot afford social care.

Ministers are thought to be mulling a National Insurance tax rise for the over 40s – which would break a Tory manifesto commitment – to fund a better system, but the Cabinet is struggling to agree.

The PM has said plans would be published "soon" but Downing Street has admitted it will not come before Thursday.

An end to the Brexit deal 'sausage wars'?

In s sentence that could have been written on almost any day over the last five years: Britain and Brussels are at loggerheads over Brexit.

This time it relates to the Northern Ireland Protocol, which was designed to swerve the need for a hard border between the EU and Ulster.

Ministers may rip up the protocol over the so-called 'sausage wars' row over cold meats and other products crossing the border.

Brexit minister Lord Frost has said "all options are on the table", including triggering a clause in the deal which would see it overridden entirely.

What pay rises other public servants get

Teachers, police officers and a string of senior public servants are waiting to hear what rise they will be afforded by Government this year.

The Mirror understands all three pay review board reports have been handed to ministers and are awaiting a response.

A National Strategy for Disabled People is being drawn up by the Cabinet Office’s disability unit.

It aim will be to remove barriers to participation in everyday life and particularly the workplace and was started in April, with the PM pledging the "most ambitious endeavour on disability in a generation".

The details have yet to be announced and it is not clear if anything will be set out this week.

A vital report on lobbying

Boris Johnson appointed Nigel Boardman, a lawyer from a Magic Circle firm, to lead an independent review of lobbying.

It follows David Cameron's involvement in the Greensill Capital scandal, when the former Tory premier sent numerous texts, calls and emails to ministers demanding Covid support for the failed finance firm (which he had shares in).

The "independent" review, which comes amid calls for Government to clean up the lobbying industry, has already been mired in criticism as Mr Boardman was a former Tory candidate and already heads a Government board.

Journalists have been told a report on his review will be published this week.

The last day before any recess is often the time when the Government dumps data or announcements that might be tricky for ministers.

It may be that annual accounts for a government department lands, or a response to a controversial consultation – Justice Secretary Robert Buckland is examining judicial reviews – is published, or a ministerial statement is snuck out at the last minute.

Known in Whitehall as 'taking out the trash' day, the benefit to ministers of burying news on the final day of parliament is that opposition MPs cannot force them to answer questions at the despatch box the next day.

Previous : Wolf-whistling could be made a crime in crackdown on ‘public sexual harassment’
Next : Lesson in chaos as Tories accused of ‘abandoning Britain’s children’ amid record absences