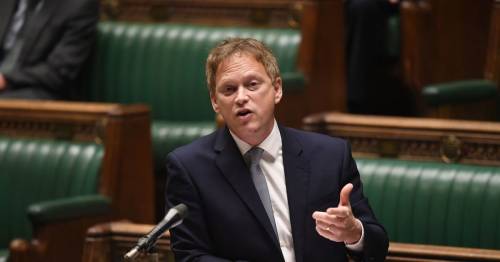 The UK is primed to add countries to its currently empty travel red list "if needed," as Covid cases surge in some parts of the globe.

In his latest travel review earlier this week, Transport Secretary Grant Shapps confirmed that no countries or territories would be downgraded to the red list for the time being.

Colombia, Ecuador, Dominican Republic, Haiti, Panama, Peru and Venezuela were the last countries on the red list, but they were removed on October 18.

However Mr Shapps issued a stark warning that the government is "prepared to add countries and territories back if needed".

Europe is currently the epicentre for a new spike in cases, with Austria bracing to enter a full-scale lockdown from today, for 10 days, after a rise in cases there.

People take part in a demonstration against Covid-19 measures, including the Belgium's health pass, in Brussels yesterday
(

And Chancellor of Germany Angela Merkel confirmed the nation is in the midst of a "dramatic" fourth wave.

Daily infections hit a new German record of over 65,000 on Thursday, and unvaccinated people are to be excluded from certain venues under the strict new measures.

Data analyst Tim White has been following case figures in destinations around the world since the traffic light lists began and has named several countries which could be put back on the red list soon.

He highlighted record case rates in Norway, which saw an all-time high in last week's seven-day rolling average, as an issue, the Independent reports.

Austria, Denmark, Germany, Iceland, the Netherlands and Slovakia are also seeing a spike in infections with seven-day averages at an all-time high in all six.

And Belgium is also seeing a surge, with over 12,000 news cases in the 24 hours to Wednesday, while the Czech Republic’s daily cases have risen by 50 per cent compared to a week ago and Finland’s have risen 21 per cent.

Croatia has also seen a rise since late August and has been shown as an issue of concern by Mr White.

The US is also experiencing an uptick in cases, and the travel expert warned there could be "big trouble ahead" for the nation this Christmas.

As always, it's vital you check with your airline before you travel so you're not caught out.

The 12 countries at risk are:

Previous : Warriors’ Draymond Green says he’s rediscovered ‘love for the game,’ wants to be DPOY again
Next : Schoolgirl, 7, dies one day after being sent home from hospital with ‘migraine’