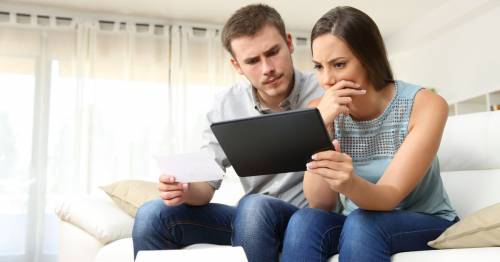 Real Living Wage campaigners have today announced they had reached the milestone of 10,000 firms agreeing to pay staff boosted rates.

Research shows the drive has put more than £1.8billion in extra wages into the pockets of low-paid grafters since the crusade began 20 years ago.

But, as the campaign enters its third decade, some 4.8 million workers – one in six – is still paid below the Real Living Wage, as families battle the cost-of-living crisis.

“Since the campaign’s beginnings 20 years ago, Living Wage accreditation has become a benchmark of responsible business in the UK, shaping the debate on low pay and changing the lives of hundreds of thousands of people across the country with a wage that delivers dignity.

“As inflation hits new highs, the Living Wage movement is more vital than ever.

“We are facing the worst income squeeze on record and no one will feel it more sharply than the nearly five million people in low-paid and insecure jobs, already struggling on tight budgets.

“It's crucial that employers who can afford it protect those who will be most affected by price rises by paying a wage based on the cost of living.”

Hailing the 10,000th landmark, Trades Union Congress general secretary Frances O’Grady said: “This is an important milestone – every worker should be paid a decent wage they can build a life on.

“But millions are in jobs that don’t pay the bills or put food on the table, and successive Conservative governments have overseen a decade of standstill wages and cuts to social security, leaving millions at the mercy of soaring bills and prices.

“With Britain in the middle of a cost-of-living crunch, it’s time for the Government to act.”

The voluntary rate paid by organisations accredited with the Living Wage Foundation is £9.90 an hour, rising to £11.05 in London, where costs are higher.

In contrast, the legal minimum rate for over-25s across the UK is £9.50 through the National Living Wage.

The movement has pumped an extra £1.8bn in extra wages into workers’ wallets since 2002, according to a Cardiff Business School study.

Latest organisations to accredit with the Foundation include Greater Manchester-based social care charity The Fed and the Royal Albert Hall.

The Hall’s chief executive Craig Hassall said: “We know that staff who feel supported at work provide the best experiences for our customers and visitors to the Hall, and paying the London Living Wage is a way for us to demonstrate to our staff that we really value them.”

The Fed’s boss Mark Cunningham said: “We believe, certainly from working over the last two years through a pandemic, that the people who work in social care are heroes all the time.

“It’s a difficult job, it’s an amazing job – and we wanted to make sure that we were alongside other employers in Greater Manchester in paying the Real Living Wage.”

The Department for Business, Energy and Industrial Strategy has been contacted for comment.

Previous : Policeman ‘tracks cheating wife through phone before killing lover and himself’
Next : Keir Starmer vows to resign if fined over Beergate in move that piles pressure on Boris Johnson