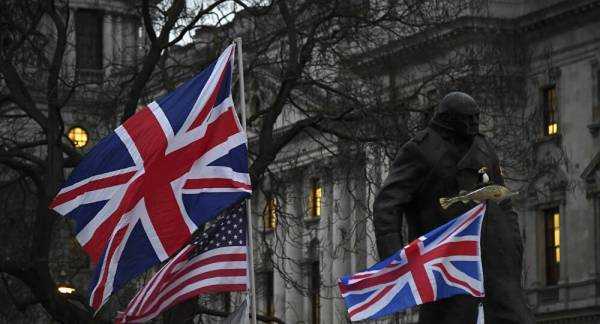 Boris Johnson has long argued for an ambitious free trade agreement with Washington post-Brexit, seeking to open up opportunities for British businesses and investors, amid warnings from critics that a deal with the US will require accepting looser US food and environmental standards, and risks opening up the NHS to American firms.

The UK and the United States are embarking on talks to forge an “ambitious” post-Brexit free trade deal on Tuesday, after negotiations were postponed earlier in the year due to coronavirus pandemic concerns.

The talks will be opened via a video conference call between Liz Truss, the International Trade Secretary, and Robert Lighthizer, the US trade representative.

​Some 100 negotiators will be involved in talks on both sides as the first round is set to last around two weeks and cover trade in goods and services, digital trade, two-way investment and support for small and medium-sized businesses.

Subsequently, approximately every six weeks remote rounds of talks will be held until the situation around COVID-19 allows for safe travel.

Talks will be led at official level by Oliver Griffiths of the UK Department for International Trade and Daniel Mullaney, the assistant US trade representative for Europe and the Middle East.

When questioned regarding how long the process might take, Downing Street was cited as saying both sides seek as quick progress as possible.

Ahead of the first session, Truss said a deal would help both countries’ economies to “bounce back” after the coronavirus crisis.

The International Trade Secretary echoed Prime Minister Boris Johnson’s earlier pledge to “drive a hard bargain” in negotiations with Washington, as the UK will seek to lower tariffs on exports and boost trade in services.

In a government press release at the start of March Boris Johnson sought to allay fears that disagreements between London and Washington could undermine the launch of talks, and addressed concerns among the British electorate that the US would seek access to the National Health Service (NHS). As he underscored that the government remains committed to keeping the health service universal and free at the point of use, Johnson said:

The US accounted for nearly 19 percent of all UK exports in 2018 and 11 percent of imports.

Boris Johnson has long argued that a free trade deal with the US was one of the “prizes” to be gained post-Brexit.

In an 180-page document detailing the UK’s objectives in March, ministers set out hopes for lower trade barriers for British car manufacturers, ceramics makers and producers of products such as cheddar cheese, while vowing to maintain consumer and environmental standards.

Downing Street has also reiterated that the National Health Service would be “off the table”.

©
REUTERS / Carl RecineNHS signs are seen outside Queen Elizabeth Hospital during the Clap for our Carers campaign in support of the NHS, as the spread of the coronavirus disease (COVID-19) continues, in Birmingham, Britain, April 23, 2020.

However, Washington is aiming to secure more access to UK markets for its farmers, which critics have warned will require Britain to accept looser US food and environmental standards.

A major sticking point has been the UK ban on imports of chicken washed in chlorine and other disinfectants.

However, a Downing Street spokeswoman was quoted by the BBC as saying:

Another point of conflict between London and the UK has been Boris Johnson’s decision to grant China’s Huawei access to the UK’s 5G system.

In February, Donald Trump’s acting chief of staff warned of “a direct and dramatic impact” was possible on the sharing of intelligence between the US and UK if Boris Johnson’s government goes ahead with allowing the Huawei equipment to be used in building the British 5G mobile phone network.

Britain’s spy agencies have insisted any alleged surveillance risk from Huawei, which Washington has used as an argument to press its case, can be contained, and that they are familiar with the Chinese company’s technology, used in both 3G and 4G networks.

As US President Donald Trump congratulated Boris Johnson on his victory in the UK general election in December 2019, he had lauded the win as an opportunity for a “massive” trade deal between the two countries.

Trump had tweeted that any post-Brexit trade deal between them would be “more lucrative than any deal that could be made” with the EU.

The UK government has estimated that lower goods tariffs on such exports to the US as cars, ceramics, food and drinks, as well as a trade package on services, among other things, could help boost the economy by between 0.07 percent and 0.16 percent over the next five years, depending on the exact terms of the agreement.

Those wary of Brexit have been warning that better trade terms with Washington would not go far towards compensating for a more “economically distant” relationship with the EU, with whom the UK is in the process of hammering out a new trading relationship after its exit from the bloc on 31 January.