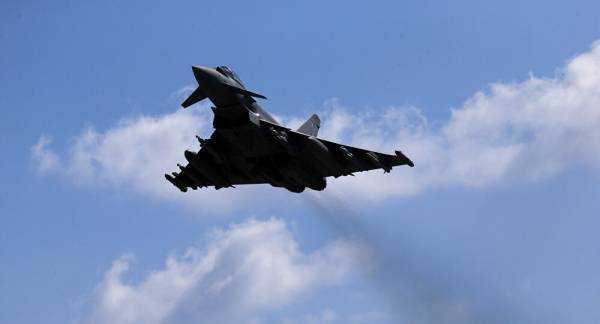 A spokesperson for the United Kingdom’s Ministry of Defence said that the strike has assisted in the removal of more fighters of the Daesh* terrorist group from the battlefield and has further downgraded the capabilities of the militants.

The UK Ministry of Defence on Tuesday tweeted video featuring an air strike conducted by Royal Air Force Typhoon jets on caves inhabited by Daesh combatants northeast of the city of Bayji in northern Iraq.

The ministry said in a Tuesday press release that the strike was carried out on the night of Tuesday 28 April by two RAF Typhoon jets supported by a Voyager aerial refuelling tanker along with another aircraft belonging to the US-led international coalition battling Daesh in Iraq.

According to the ministry, six caves were targeted after confirmation that a group of Daesh terrorists was hiding there.

The press release highlighted that the RAF fighter jets conduct daily armed flights over Iraq and eastern Syria as part of the coalition against the terrorist group.

On 10 April, RAF Typhoons conducted a similar strike on a group of fortified buildings in an isolated location west of Tuz Khurma claimed to be occupied by Daesh terrorists.