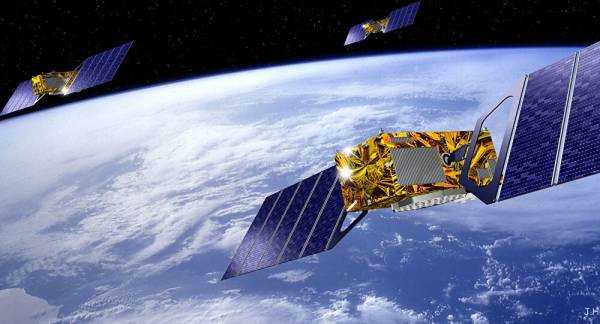 In 2018, then-UK Prime Minister Theresa May pulled out of the EU’s Galileo satellite navigation system project as Brussels excluded London from its development in preparation for Brexit.

British Prime Minister Boris Johnson has vowed to invest at least £500 million ($616 million) in the US satellite operator OneWeb as the UK lost access the EU’s rival Galileo satellite navigation system due to Brexit, The Financial Times (FT) reports.

The operator, which is headquartered in the UK and has 74 satellites in orbit, said in April that it was in advanced negotiations for investment. The UK government perceives OneWeb as a company which could deliver the same civil and military tracking services as the Galileo system.

The Thursday developments come after the FT reported last week that UK ministers were looking to revise plans for an independent satellite navigation system worth £5 billion ($6.18 billion) that was touted in 2018 as an alternative to the Galileo project.

The newspaper cited unnamed sources as saying that the ministers were considering a spate of options, one of which presupposes using OneWeb, which reportedly offered to move its satellite production from Florida to Britain if its bid gains support from the UK government.

This followed then-UK Prime Minister Theresa May in November 2018 withdrawing the country from the Galileo project, to which the UK had contributed £1.2 billion ($1.4 billion), as Brussels excluded Britain from Galileo’s development ahead of Brexit.

A multibillion-euro satellite navigation system that was launched by the EU in 2016, Galileo aims to offer Europe an independent and more accurate alternative to the US Global Positioning System (GPS).