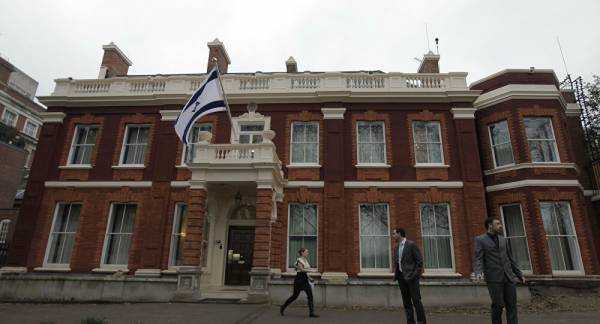 The UK has launched a competition to promote friendly ties between the two nations seven decades after diplomatic ties were established.

The UK government will commemorate 70 years of diplomatic ties with Israel via a picture competition, the British Embassy in Tel Aviv announced on Wednesday.

Those entering the competition can send original images symbolising the relationship by 22 May at 12:00 Israel Time in a chance to win prizes.

The embassy tweeted: “The embassy is marking 70 years of diplomatic relations with Israel in a cool competition in our exchange that will also engage your children for at least fifteen minutes. And there are equal rewards.”

First place will receive a Fuji Instax Mini instant development camera and a chance to change the website’s cover photo to the winning image, with second place receiving a JBL portable speaker.

“Much changes over a 70 year period but some things do not change. We will continue to cherish our friendship with Israel, stand united in the struggle against the insidious forces of hate and antisemitism and work towards an even brighter and better future for us all. Here’s to the next 70 years! Am Yisrael Chai”, UK Middle East minister James Cleverly wrote in an article this week.

The Israel-UK partnership had brought “tangible benefits to both our democracies”, Israeli Ambassador HE Mark Regev said in a statement.

“We can be confident it will continue to do so in the seven decades to come”, he added.

The UK recognised the Israeli state in 1950, with the latter opening its first embassy in novelist and illustrator William Makepeace Thackeray’s former home in 1952, where it remains, the CFI wrote.

Previous : Edmunds: How to manage your lease during the pandemic
Next : Imran Khan Urges World ‘to Act Against India’s Reckless Moves’ After Killing of Hizbul Leader