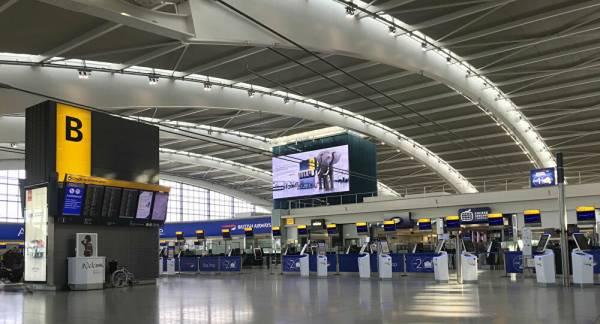 While the United Kingdom has introduced social-distancing measures through the enforcing of lockdown regulations to combat the spread of Covid-19, thousands still fly into the country, even from the world’s worst affected areas.

While speaking to Andrew Marr on the BBC, Transport Secretary Grant Shapps said on Sunday he was ‘actively’ examining the possibility to quarantine people arriving in the UK in order to avoid ‘importing’ the pandemic.

He also added that visitors to the UK could be required to download a National Health Service (NHS) tracing app which will help “test and track and trace” arrivals.

​The transport secretary defended the decision not to carry out temperature checks or tests, saying that advice by chief medical officer’s at the time was that shutting borders would have not prevented but only delayed the virus from entering the country.

He added that Brits who were still abroad could have ended up stranded and unable to return home.

The statement follows the revelation last weekend that all passengers could be placed into a 14-day quarantine upon arrival in the country.

Quarantine arrival measures could be introduced later this month, in an attempt to stop a potential second wave of infections once lockdown measures are relaxed over the world.

The UK is one of the few countries that has decided to keep its borders open amid the pandemic. The government has been criticised for not imposing more stringent travel restrictions, following the revelation that up to 15,000 passengers were arriving daily in the UK.

A total of 200,000 have come from Spain, one of the nations which has been the hardest hit by the coronavirus pandemic, and none were tested upon arrival.

Airlines warned on 27 April that a 2-week quarantine could “kill” the tourism industry as the restrictions would deter travellers – both those visiting the UK and Britons going abroad.

Prime Minister Boris Johnson is expected to outline the government’s plan to relax the lockdown restrictions on 7 May.

Previous : Why Joe Biden’s Alleged Sexual Assault Unlikely to Cost Him 2020 Race
Next : Serie A sides given green light to open training centres