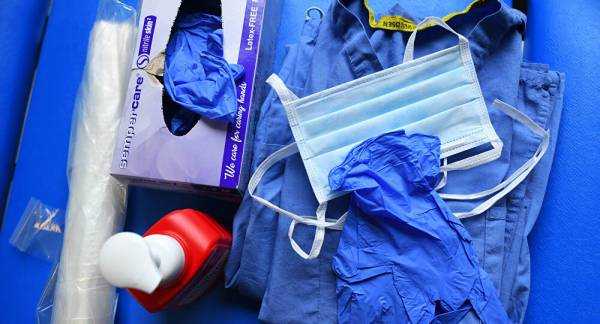 MOSCOW (Sputnik) – The United Kingdom’s purchase of substandard personal protective equipment from Turkey amid the ongoing COVID-19 pandemic is embarrassing for the government, Mayor of Greater Manchester Andy Burnham said on Thursday.

“It became quite a cutthroat market, to be honest, and the government was out there fighting in that market along with everybody else because they hadn’t put equipment in a stockpile, basically, and in that situation, you end up buying things that are obviously not at the right standard, but it’s embarrassing I’m afraid for the UK government to do that”, Burnham said during an appearance on the Sky News broadcaster.

The Greater Manchester mayor added that the UK government’s decision to purchase the substandard equipment showed its desperation to address a shortfall in UK hospitals.

The mayor’s comments come one day after the Daily Telegraph newspaper revealed that a shipment of 400,000 gowns from Turkey has been sitting in a warehouse near Heathrow Airport for weeks after it was discovered that every single item did not meet UK health care standards. The Department of Health and Social Care is reportedly demanding to be refunded for purchasing the substandard equipment.

On Wednesday, Prime Minister Boris Johnson said that the shortage of personal protective equipment in the National Health Service was “enraging”, although he praised the “hundreds of thousands” of people involved in the logistics of distributing billions of items across the country in recent weeks.

The number of deaths from the coronavirus disease in the United Kingdom has risen by 649 to 30,076, Secretary of State for Housing Robert Jenrick said at a briefing on the same day.