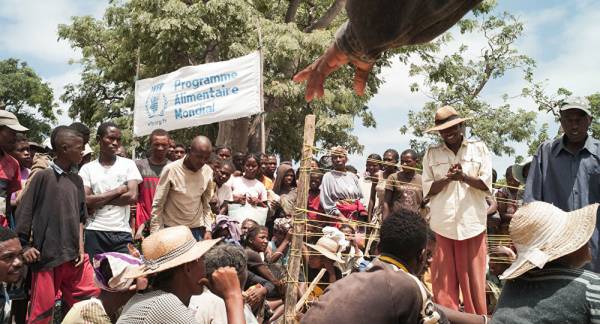 Last year, the UK Department for International Development voiced concern over a drastic increase in the number of sexual exploitation- and harassment-related allegations against its staff.

The UK Foreign, Commonwealth, and Development Office (FCDO) has announced that government aid workers will be banned from having sexual relationships with victims of humanitarian disasters.

In a recent letter to the Thomson Reuters Foundation, FCDO Minister of State Nigel Adams pointed out that the office had also prohibited government aid staff exchanging money or jobs for sex and sexual relationships based on “inherently unequal power dynamics”, as well as those between FCDO staff and aid project partners.

“[These] specific actions are considered unacceptable and will be treated as potential gross misconduct”, he said, adding that the FCDO would “not hesitate to take swift action if any staff member or any organisation we work with fails to uphold our strict standards”.

The letter comes after the UK Parliament’s International Development Committee expressed alarm that a new government strategy simply discouraged rather than prohibited its staff from sexual relations with aid beneficiaries.

In an interview with The Telegraph, committee chair Sarah Champion bemoaned the fact that the FCDO was dragging its feet on the decision.

“Whilst I am pleased the government have now agreed to make sexual relations with beneficiaries a sackable offence, it should have been in place from the start, not an afterthought when they are forced into adding it”, she stressed.

Champion described aid beneficiaries as “the most vulnerable people on the planet […] by their very nature”, adding that she was “appalled” when the committee’s inquiry found out government staff “were only discouraged, rather than banned” from sex with victims of humanitarian catastrophes.

The remarks followed the UK Department for International Development (DfID) referring to at least 26 cases of sexual exploitation and harassment against its staff reported to the DfID in 2019, up from less than five the previous year.

In a separate development, the Thomson Reuters Foundation and the independent non-profit news website New Humanitarian provided UK lawmakers with the results of their joint investigation which found that over 50 women had accused aid workers of demanding sex in exchange for jobs during the 2018-2020 Ebola outbreak in Africa.

The women claimed that the demands mainly came from those working for the World Health Organisation, the UN migration agency (IOM), as well as the international humanitarian aid organisations Oxfam and World Vision.